Why the sale of two S.F. hotels is an encouraging sign for the local hospitality market

Why the sale of two S.F. hotels is an encouraging sign for the local hospitality market 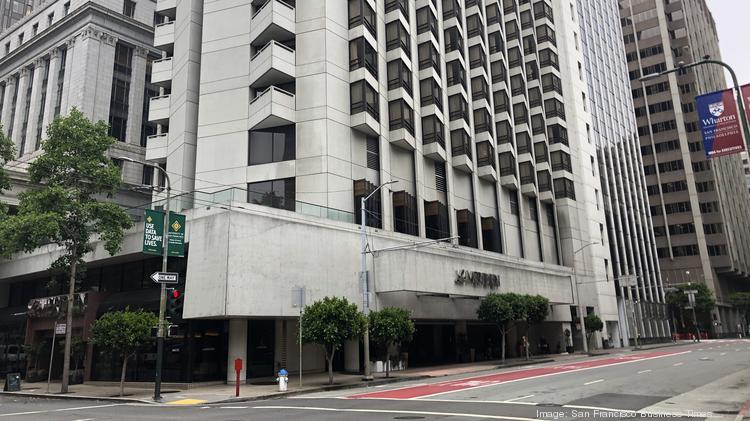 The 360-room Le Meridien hotel, located at 333 Battery St., is being sold to an undisclosed buyer for proceeds of $221.5 million — about $615,000 per key — owner Park Hotels disclosed on Tuesday.  DOUGLAS FRUEHLING

But rather than being another harbinger of doom, experts say the sales prices are an encouraging sign of the hospitality industry’s belief in San Francisco’s near-term value and potential for a robust recovery. The deals also provide a contrast to a recent report showing the city as having the most the steepest fall in revenue per available room in the country.

Park Hotels (NYSE: PK) said the capitalization rate on 2019net operating income was 5.9% and 6.6%, respectively —itself perhaps an indication that 2020 is viewed as more anomaly than prevailing norm.

Alan Reay, president of Atlas Hospitality, a hotel consulting company, said the sales prices were “as if Covid never happened” and are on par with what one would have expected in 2018 or 2019.

“If closed at these prices, it will set a new watermark for prices on city center hotels in my opinion,” Reay told me.

According to Reay’s research, the per-key prices would be the highest of any urban hotel sale nationally so far this year. He found only two other comparable urban hotels(the Salisbury in New York and Le Merigot in Santa Monica)selling for more than $400,000 per key.

“In short, it’s a huge endorsement of how people see the city of San Francisco and how quickly they expect it to return and be.”

When taking into account what the properties are currently running — in terms of occupancy and lead time for convention business and business travel to return — Reay said comparable key prices are likely to increase anywhere from 5% to 15% going forward. That would indicate a robust faith in San Francisco’s prospects, given Reay’s best-case scenario of the city’s hotels facing another nine to 12 months of diminished occupancy before 2019 numbers are feasible.

Hotels in urban markets face a steep road to recovery, while coastal hotels (particularly those in drive-to markets)are in the sharp upswing of a V-shaped recovery, with locations like Monterey, La Jolla and Laguna Beach seeing some of their highest revenues ever, he added. A hotel in Big Sur just set a record for a resort hotel without a casino of $2.5 million a key, while a Sonoma County hotel also sold for more than $2 million a key earlier this year.

“What we’re seeing today is a tremendous amount of capital that was raised in anticipation of a tidal wave of distressed hotel assets and foreclosures, and that never materialized,” Reay said. “So you have this money on the sidelines that needs to be placed, and other buyers that are looking to grow the company.”

Park Hotels, headquartered in McLean, Virginia, is San Francisco’s largest hotel property owner by room count, in large part due to owning two of the Bay Area’s two biggest hotels, the 1,921-room Hilton San Francisco Union Square and 1,024-room Hilton Parc 55, just a block away from each other downtown.

While reducing exposure for Park Hotels in the city, the sales also off er a chance for others to gain a foothold in the market through acquisition rather than ground up development. With exorbitant costs of lumber, steel and labor these days, Reay estimated that permit maze aside, new builds would likely pencil at over $1 million per key.

Park Hotels said in a statement that proceeds from the sales would be used to partially repay debt currently outstanding on its one remaining bank term loan. It’s unknown if that debt relates to the $725 million commercial mortgage-backed securities (CMBS) loan Park Hotels borrowed from JP Morgan Chase & Co. in 2016 and which is anchored by the Hilton Union Square and Parc 55. Last year that loan landed on an industry watchlist for default risk, although it appears Park has remained consistent on payments throughout the pandemic.

Park Hotels was not immediately available for comment, but I’ll update this story if I hear back.

In its announcement Park Hotels said it has reopened 54 of its 57 hotel nationwide, or about 90% of its total room count, and expects that once the financials are fully assessed it will have broken even at the corporate level in June — compared with its $15 million burn rate in May. Occupancy at 50 hotels nationwide hit 49.8% in June, and an estimated 59% for those open the entire month, while average June RevPAR exceeded 2019 levels in nearly 20% of hotels.

One of the three properties still offline is the Parc 55, which has once again pushed back its reopening date, this time to September, per its website.