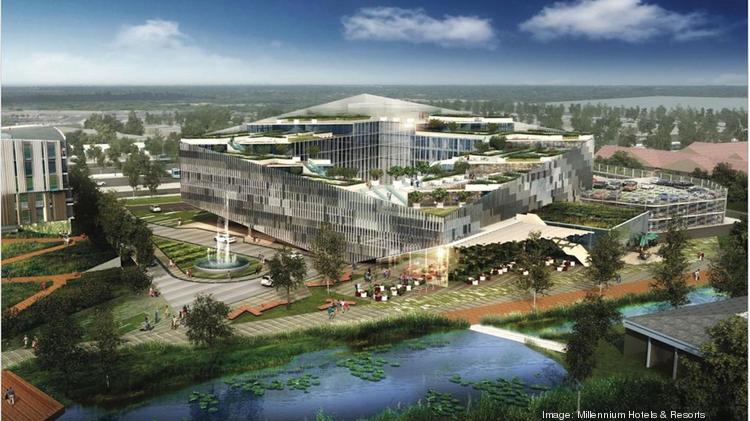 Through the first half of the year Santa Clara County is Northern California’s leading submarket for new hotels, with more new properties opening up, under construction and in planning than anywhere else in the Bay Area and nearly the same for the rest of the state.

Across the nine Bay Area counties 14 new hotels debuted from new construction, ranging from the 12-room Calistoga Motor Lodge in Napa to the 200-room Shashi Mountain View, according to the just released mid-year report from hotel consultancy and brokerage Atlas Hospitality. Six of the region’s new hotels are in Santa Clara county, where huge demand generators and a comparatively easier path to new construction than San Francisco are fueling optimism, despite construction and staffing labor and building materials like lumber and steel at a premium.

“Santa Clara has been one of the hottest hotel markets in the entire country,” said Alan Reay president and CEO of the Irvine-based Atlas Hospitality. “Many hotel developers see this market as offering terrific long term potential, due to the focus on tech and life science industries.”

Santa Clara accounts for about 18% of Northern California’s hotels in the planning stage with 12,118 rooms across 77 hotels. It has 12 hotels with 1,870 rooms under construction — second statewide only to Los Angeles. The largest hotel in the pipeline is the 263-room M Social in Sunnyvale.

Atlas noted in the report that new hotel openings have ramped up in July, but properties like Mountain View’s just-debuted 255-room independent hotel, the Ameswell, were not factored into this report through June.

In San Francisco, no hotels have debuted from new construction, although there have been several new names on the market, such as Kimpton’s rebranding and renovation of the Fisherman’s Wharf Holiday Inn into the Alton. Hotel property investors are finding it faster and cheaper (and ultimately easier) to buy their way in, as is the case with Northview Hotel Group and Angelo Gordon’s acquisition of the Sir Francis Drake, than build new supply.

San Francisco has five hotels totaling 858 rooms in the construction pipeline, the largest being the 250-room Luma Hotel at Mission Bay. County-wide there are 49 hotels and 5,822 rooms in various stages of planning.

In 2020, amid the Covid pandemic, many developers opted to slow down construction or delay opening until market conditions (or public health mandates) warranted, California saw a sharp increase through June this year in the number of new hotels and rooms added — 51 new hotels represent a 46% increase year-over-year. By room count, new supply increased by double the total through June 2020, with 7,168 rooms entering the market compared with 3,500.