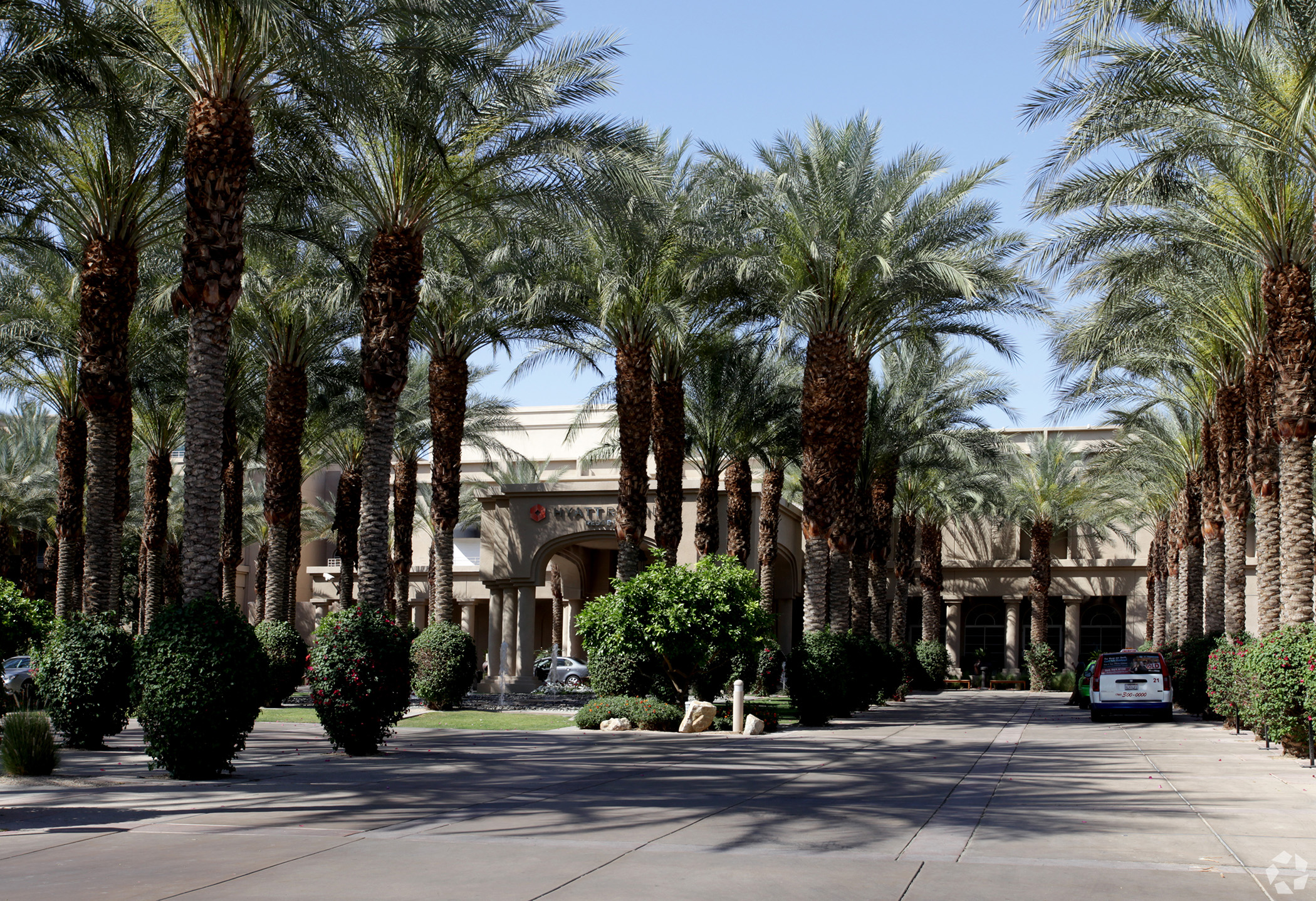 The Hyatt Regency Indian Wells Resort & Spa near Palm Springs, California, has been sold, the second sale of a large Coachella Valley resort hotel since December as the desert region’s hospitality sector rebounds from the pandemic.

An affiliate of Honolulu real estate investor Trinity Real Estate Investments joined with Los Angeles-based Oaktree Capital Management to buy the 530-room hotel at 44600 Indian Wells Lane from hospitality giant Hyatt Corp., the joint venture said in a statement. Terms of the deal were not disclosed.

The transaction follows global investor Blackstone’s sale at the end of 2021 of the historic 785-room La Quinta Resort & Club near Palm Springs to a British private equity firm for $255 million, the largest total price paid for a Southern California hotel in more than two years. That deal came in at about $325,000 per room.

The sales, along with the return this month of two of the nation’s largest music festivals for the first time since 2019, could be signs of a rebound for the Coachella Valley, where the Greater Palm Springs Convention & Visitors Bureau estimates one-quarter of jobs are tied to hospitality and tourism.

Numerous hotels closed in the early months of the pandemic, and the Coachella Valley Music and Arts Festival and Stagecoach, its country music counterpart, which typically fill all hotel rooms in a 30-mile radius of their venue at the Empire Polo Club grounds in Indio, were canceled in 2020 and 2021 because of the health crisis.

About 330,000 hotel room nights were sold in greater Palm Springs in February, a nearly 63% increase from the same month in 2021, according to CoStar data. Hotel sales volume, led by the La Quinta Resort & Club deal, increased nearly 150% in 2021 from the prior year in Riverside County, according to a report from Alan Reay, president of consulting firm Atlas Hospitality Group, which tracks the California hotel industry.

The prospects for the hospitality industry have improved across the United States, and investors have taken note. More than $12.5 billion in U.S. hotel properties traded in the first three months of 2022, the strongest first quarter since 2016, according to Jan Freitag, hotel analyst for CoStar Market Analytics. Investor interest remains strong, continuing the trend from 2021 in which CoStar reported total annual sales volume of $50 billion, the highest ever recorded, Freitag added.

The resort is the seventh property acquired by Trinity and Oaktree, which now hold a total of 4,500 rooms in six markets. Most recently, the joint venture in December bought the 305-room W Hollywood hotel at 6250 Hollywood Blvd. in Los Angeles from Bethesda, Maryland-based real estate investment trust Host Hotels & Resorts for $194 million, or about $636,000 per key.

The purchase of the resort reflects “our belief in the growth of the greater Palm Springs hospitality market and the tailwinds of strong aging and wealth demographics in the Coachella Valley,” John Brady, managing director and head of global real estate at Oaktree, said in the statement.

The sprawling Hyatt Regency Indian Wells Resort & Spa opened in the 1980s as the Grand Champions Hotel, hosting the tennis tournament that is now known as the BNP Paribas Open. The tournament moved a couple of miles east in 2000 to the 16,100-capacity Indian Wells Tennis Garden, which is now the second-largest outdoor tennis stadium in the world after the US Open’s Arthur Ashe Stadium in Queens, New York.

The upscale resort has 88,000 square feet of indoor and outdoor event space, four food and beverage outlets, nine pools and a fitness and spa complex. It has received several multimillion-dollar renovations and upgrades over the years, most recently in 2020, when Hyatt upgraded guest rooms and meeting spaces and built the HyTides Plunge and Desert Twist Lazy River, a water park with two water slides.

Trinity and Oaktree plan to spend millions more on upgrades, including another renovation of all the guest rooms and new food and beverage offerings. Hyatt will continue to manage under a long-term agreement, the buyers said in the statement.

Chicago-based Hyatt acquired the property in 2018 for $120 million, or $226,415 per room, from Grand Champions LLC, an entity controlled by Richard Monfort, owner and CEO of the Colorado Rockies Major League Baseball team, according to CoStar.