Sunstone is Hotel Seller No More

Sunstone is Hotel Seller No More 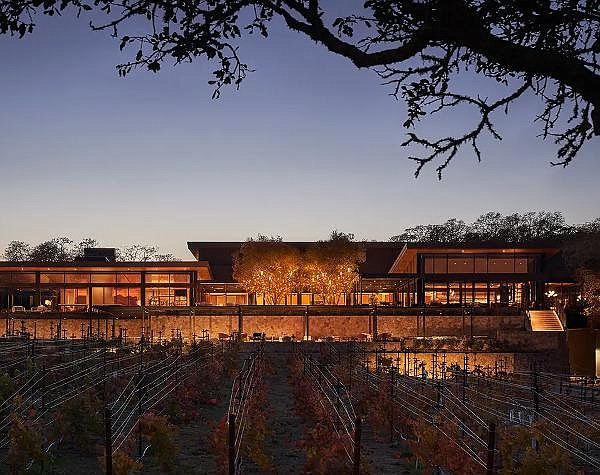 After a selling season that spanned nearly four years, Sunstone Hotel Investors has returned to the market as a buyer, spending $265 million for a recently built hotel in Northern California that’s tops for the state since the onset of the pandemic.

The Irvine-based real estate investment trust (NYSE: SHO) paid a little more than $2 million per key for the 130-room Montage Healdsburg in Sonoma County, in a deal that closed late last month.

The purchase is the first deal for Sunstone since 2017 and brings its hotel portfolio to 18, about half what it was at the end of 2014.

The acquisition “is consistent with our stated tactics of acquiring long-term relevant real estate in the early phases of a cyclical recovery,” Sunstone Chief Executive John Arabia said at the time of the sale’s announcement.

“This sale reflects the strong interest from investors in best-in-class, leisure-oriented resorts as the hotel industry begins to recover from the effects of the COVID-19 pandemic,” said James Cole, head of asset management at Ohana.

Redwood City-based Ohana has local ties, having bought the Monarch Beach Resort & Club at the end of 2019 for nearly $500 million, or $1.25 million per key, a record price paid for an Orange County hotel property. That property in Dana Point has since been rebranded under the Waldorf Astoria flag.

The sale of the Montage Healdsburg is the priciest hotel sale on a per-room basis in the state since 2019, when Ohana sold the 201-room Montage Beverly Hills for nearly $2.1 million per room. That $415 million deal is the priciest on record in the state.

The latest sale of the Montage Healdsburg “sends out a very strong message as to how investors are looking at California hotels and the strength of the market post-COVID,” said Alan Reay, founder of Irvine-based hotel consultancy and brokerage Atlas Hospitality Group.

Encinitas-based Robert Green Co. kicked off development of the 258-acre resort, then called Saggio Hills, in 2005, and later brought in Laguna Beach-based Montage International and Ohana in 2018.

Montage International operates the resort under a long-term management contract.

“The resort, which took over 15 years to develop, is a perfect example of long-term relevant real estate and its addition elevates the overall quality and growth prospects of our portfolio,” Arabia said.

“Leveraging our industry relationships, we acquired the resort on an off-market basis and at a discount to what it would cost to develop today,” Arabia added.

Sunstone, which is valued at about $2.8 billion, funded the deal with cash and through the direct issuance of $66 million of perpetual preferred equity.

This represents a portion of excess liquidity Sunstone is looking to invest as part of its “incremental external growth” strategy.

“With a strong balance sheet and a growing deal pipeline, we would expect Montage Healdsburg to be the first of several acquisitions” to be completed over the early stages of this new operating cycle, Arabia said in the REIT’s first-quarter earnings report, released last week.

Sunstone has disposed of three hotel properties since July 2020, freeing up capital for opportunistic investments.

Prior to the recent purchase, Sunstone’s last big acquisition was in mid-2017, when it paid $175 million for Key West’s Ocean Edge Resort & Marina.

The Healdsburg resort is the first Montage property in Northern California and the fifth in the company’s U.S. portfolio, with a sixth slated to open later this year in Big Sky, Montana.

The property has amenities to match its location, such as a yoga lawn in the middle of a vineyard managed by Jesse Katz, recently named Wine Spectrum’s 2020 Winemaker of the Year.

Ohana retained ownership of the residential portion of the resort, and has already begun construction on 68 homes at the site.

Atlas’ Reay notes that hotel investors have been waiting for a “tidal wave of distress hotels deals” once expected to hit the market over the past year as a result of market uncertainty caused by the coronavirus.

“That simply has not happened,” Reay said.

With so much money sitting on the sidelines, the market is instead seeing bidding wars on hotel assets “in A locations, especially newer product in high barrier to entry markets, e.g. Coastal and Wine Country,” Reay said.

A similar outcome took place in Hawaii, where a pair of select-service hotels in Maui built by Newport Beach’s R.D. Olson Development recently sold for record-setting per-room prices—more than $700,000 a key—for their product type.