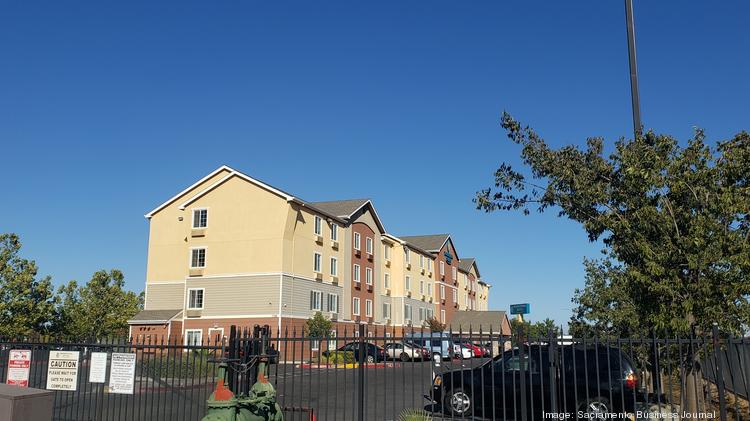 The cities of Sacramento and West Sacramento paid a total of almost $5 million above appraised market values for two motels they acquired under the Homekey program, a $600 million statewide project to purchase motels and convert them into housing for unhoused people.

The Rodeway Inn in West Sacramento, which an appraiser valued at $3.38 million, was acquired by that city for $6.75 million from a limited partnership last November, documents obtained by the Business Journal show.

Meanwhile, Sacramento’s La Mancha, previously called the WoodSprings Suites, was appraised at $12.6 million and acquired by the city for $14 million last September from WoodSprings’ parent company Madison Avenue P&L Enterprises Inc., according to the documents.

The state’s Homekey program generally provided grants to cities, matching the market value of the motels they purchased. Sacramento and West Sacramento used public funds approved by their city councils to purchase the motels.

Four other motels in the Sacramento area were purchased for the same prices as their appraisals.

Local officials say there was an important factor that led them to pay above appraised values for the two properties — time. They were facing a year-end deadline to spend funds they’d received under the Homekey program to buy properties that met the state’s guidelines for the program.

“This is all happening superfast,” Katie Yancey, community investment manager for the city of West Sacramento, told the Business Journal. “The time frame for completing the program was by the end of the year and we started working on this in the fall.”

Sacramento had a similar challenge “searching the limited opportunities in Sacramento for an available hotel with a minimum of 100 units that could easily be converted to meet the state’s 90-day timeline,” La Shelle Dozier, executive director of the Sacramento Housing and Redevelopment Agency, said in an emailed statement. The state required that some properties purchased with Homekey funds had to be converted to housing and occupied within 90 days.

Even with their short deadline, the Homekey project and its predecessor program, Project Roomkey, came at a critical time, said Bob Erlenbusch, executive director of the Sacramento Regional Coalition to End Homelessness. Homeless shelters closed with the pandemic because of the risk of Covid-19 spreading within them. That left unhoused people without shelter. In response, the state launched Project Roomkey, where it paid for unhoused people to stay in motels, providing them with a place to stay without the risky communal setting of a traditional shelter.

Then in June, the state launched Homekey, providing funds for local governments to acquire the motels, so unhoused people could stay in the individual units permanently.

But the timeline to complete the acquisition and development of the motels did not put the cities in a good negotiating position, said Susan Shelley, vice president of communications for the Howard Jarvis Taxpayers Association, an organization advocating against higher taxes.

“If the sellers, if anything, know that the buyers have to move immediately, that’s not a good negotiating position,” she said.

The deadline also condensed the process of due diligence, which includes setting the market value through an appraisal, said Stephan Daues, regional director of housing development for Mercy Housing California. Mercy Housing was a co-applicant on the La Mancha motel project with the SHRA.

“Usually there’s still a lot of time for further due diligence including appraisals before you apply for financing, but in this case all of that was incredibly accelerated and sort of happened at the same time that the Homekey application was being evaluated,” Daues said.

The seller and buyers set the purchasing price of the WoodSprings Suites before the appraisal was completed, he said.

Setting the purchase price before the appraisal is not a first in Sacramento. In November, Jamboree Housing Corp., an Irvine-based affordable housing developer, canceled plans to convert the Hawthorn Suites in the River District into homes for the unhoused through Homekey. Jamboree said it backed off from the project because the agreed acquisition price, set before the appraisal, was above the property’s market value.

The project also had two lawsuits pending against its completion. Jamboree was a co-applicant with the SHRA.

At a time when the hospitality industry has been ravaged by the coronavirus, it is surprising that cities were buying motels above their market value, said Alan Reay, president of Irvine-based hotel-sales company Atlas Hospitality Group.

“It defies logic,” Reay said. “It’s a great thing if you’re a hotel seller. You were looking at a market in 2020 that if someone would pay you anywhere close to what it was worth in 2019, and most people would have sought 10% to 20% below what they had to, and they would have considered that a victory.”

West Sacramento’s Rodeway Inn, however, was in a different situation than many other hotel properties. Prior to its purchase, the motel had all of its 40 guest rooms at full occupancy, leased under Project Roomkey.

Homekey was expected to replace Roomkey. But then, in December, Gov. Gavin Newsom announced that the Federal Emergency Management Agency had agreed to reimburse the state and local governments for the costs of project Roomkey, allowing it to be extended indefinitely.

On Nov. 18, before knowing Roomkey would be extended, West Sacramento’s City Council met to discuss budget allocations to buy the Rodeway Inn and one other property, the Flamingo Motel. The Flamingo Motel was appraised for $1.06 million, and its purchase price was set at $3.1 million.

The city chose to buy the Rodeway Inn, but not the Flamingo. A decisive factor in the City Council’s choice, even though the Rodeway was more expensive than the Flamingo, was Rodeway’s participation in the Roomkey project.

“The most at-risk individuals in Project Roomkey are currently housed at the Rodeway Inn,” the City Council staff report read. “Acquiring only the Flamingo Motel would leave many Roomkey participants unhoused unless leases can be extended, and it would create a more complicated relocation scenario for the Roomkey participants that are moved to the property.”

Paying almost double the Rodeway Inn’s appraised value was fair, said Yancey. The appraisal, which set the market value, did not consider factors such as a cooperative seller, limited options, the motel’s participation in Project Roomkey and the short deadline.

“An appraisal is only looking at what the value is of the land and the structure, not why the purchaser is making the purchase,” Yancey said.

In Sacramento, Mercy Housing will rehabilitate the WoodSprings Suites. It will be cheaper than buying an older motel or building a new affordable housing property, Daues said. WoodSprings was sold in 2019 for $9.65 million and went through renovations with the new owner, “including new flooring, paint, a security system and other minor room upgrades,” according to the appraisal.

“Our focus on total development costs compared to what it typically could cost in other projects is important” to understand the pricing, Daues said.

Under Project Homekey, the acquired motels will remain under a 55-year use restriction, though cities did not complete zoning or other public processes to gauge the impact of the project in the long term, Shelley said.

“What you have here is essentially a temporary solution being applied to a permanent situation without the normal legislative process of examining all the costs to taxpayers that go with this,” she said.

It’s still early to gauge whether Project Homekey was a cost-effective program, she said, as there is no data available about the long-term costs of the social programs and property management costs associated with it.

But the alternatives to the program, jails and emergency rooms, would be similar in costs to taxpayers, said Erlenbusch.

With the toll of Covid-19 on the local unhoused population, both projects Roomkey and Homekey were beneficial to the community, he said. “It saved lives.”