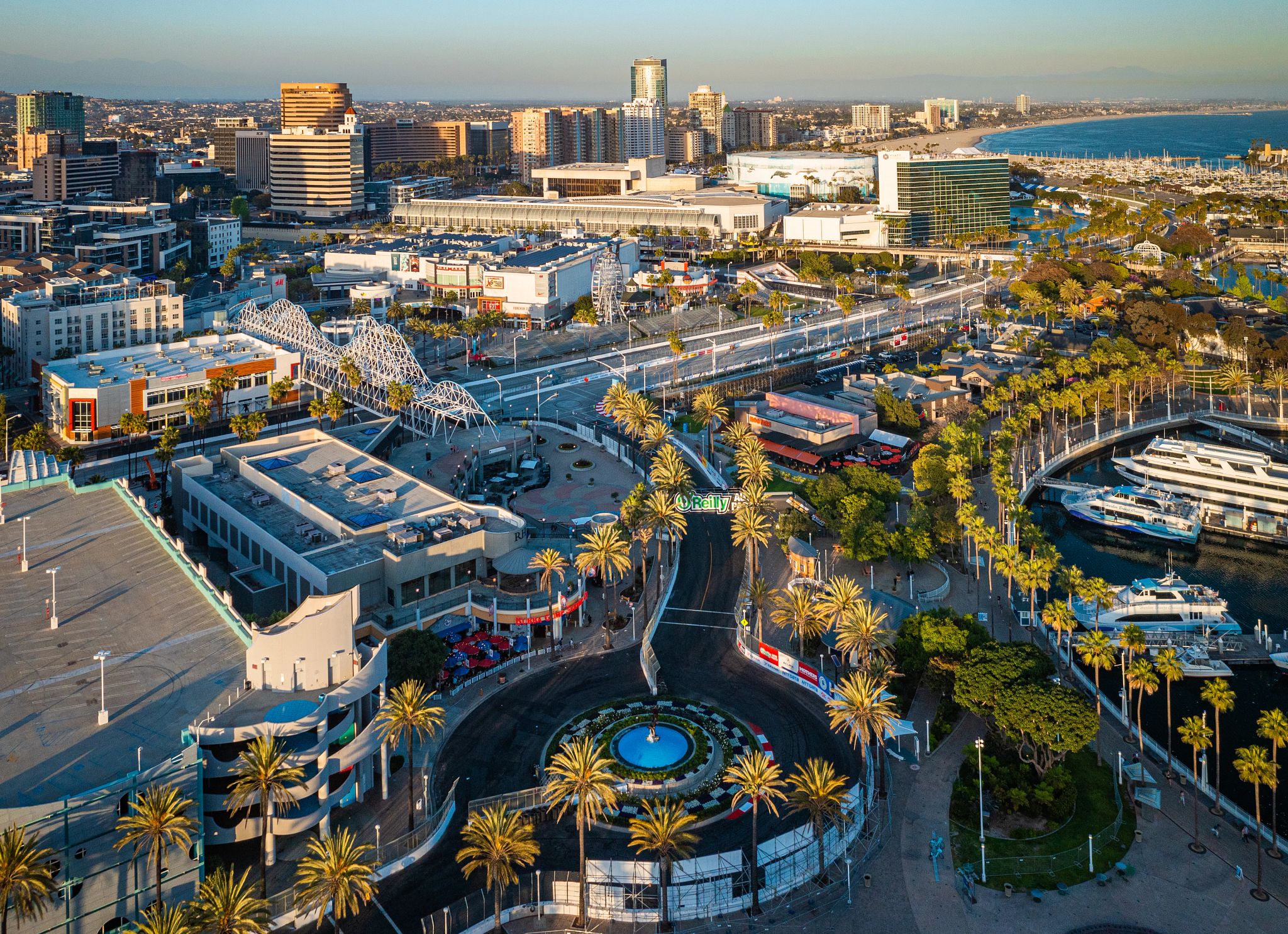 The Grand Prix of Long Beach typically attracts more than 180,000 visitors to its annual races and events in Long Beach, California. (Paul Winner/CoStar)

The Grand Prix of Long Beach has supercharged the region’s hotels, driving occupancy back to pre-pandemic levels and boosting room rates at least for a weekend, an indication events are returning to pre-pandemic popularity.

The competition typically draws about 185,000 fans to its events and races, with about three-quarters from Southern California and the rest from other parts of the United States, Canada, Japan and Europe, according to the nonprofit Grand Prix Foundation of Long Beach. The race has an estimated $63 million economic impact for the region and a $34 million impact for the city of Long Beach, according to the group.

This year, hotels mostly are sold out around Long Beach because of demand from the race, according to Samantha Mehlinger, vice president of communications of the Long Beach Convention & Visitors Bureau. That’s a good sign for retailers — and their landlords — across the country because Los Angeles, as one of the largest hospitality markets in the nation with roughly 115,000 rooms and 50 million visitors as of 2018, is as a bellwether for U.S. travel demand, which was dramatically curtailed by the pandemic.

“We are seeing a huge boom in travel to Southern California now, including to L.A.,” said Alan Reay, president of Newport Beach hotel brokerage firm Atlas Hospitality Group. “Last year there were still concerns about COVID, mandatory mask-wearing and out-of-state visitors choosing not to fly. All that has changed in 2022. It is a combination of travelers being tired of lockdown and a tremendous amount of built-up demand.”

Areas around L.A., including Malibu, Santa Monica and other beach cities, are experiencing record revenues, Reay said. At the same time, Los Angeles-area hotels have been faring better than most around the country, posting some of the highest occupancy and room rates over the past 12 months, said Emmy Hise, senior director of hospitality market analytics at CoStar Group. And preliminary March data is showing another strong performance near or exceeding 2019 levels.

“However, it is worth noting that hotel occupancy remains below pre-pandemic levels as large conventions and corporate travel have been slower to return and have only recently started showing a more substantial recovery,” Hise said.

The Los Angeles hospitality industry had a rocky start to 2022 after missing out on the Grammy Awards show. The event originally was scheduled for Jan. 31 and was to be held at downtown’s Crypto.com Arena, but because of a spike in COVID-19 cases, the event moved to April 3 in Las Vegas.

Things started looking up when Super Bowl LVI rolled into town in February, which coincided with declining rates of infection from the omicron variant. Average room rates in L.A. climbed to $384 per night, more than $200 higher than the same weekend in 2019, according to CoStar data. Hotel occupancy surged to 81%, close to 2019 levels. Notably, the Hollywood and Beverly Hills markets saw daily rates of $853, a roughly $500 increase compared with the same weekend in 2019.

Southern California hotels have also been drawing the attention of investors, with several deals closing in recent weeks. Earlier this month, the Hyatt Regency Indian Wells Resort & Spa near Palm Springs sold for an undisclosed amount in a positive sign for the desert region’s hospitality sector, according to CoStar reporting. In December, Blackstone sold the 785-room La Quinta Resort & Club near Palm Springs for $255 million. At the time, that was the biggest total price paid for a Southern California hotel in more than two years.

The city of Long Beach has had some of the highest occupancy levels in greater L.A. over the past 12 months, with its average occupancy at 70% compared with greater L.A.’s average of 66%, Hise said. Nationally, occupancy has been at 59% in that time.

“Long Beach hotel rates were lower than the LA market, but when baselining to pre-pandemic levels, they exceeded 2019 levels by a higher margin,” Hise said.