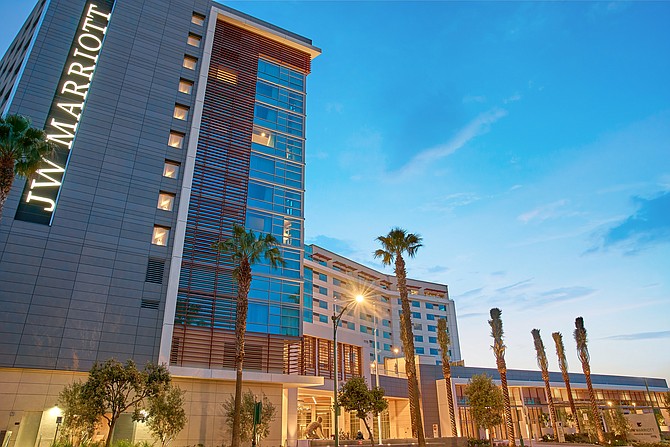 California, meanwhile, saw a 28% drop in new hotel openings as “COVID-19 has continued to decimate the hotel market,” according to a report by Irvine-based hotel consultancy and brokerage Atlas Hospitality Group.

Orange County was the only Southern California region to see an increase in new hotel supply last year, with Los Angeles and San Diego seeing a 5.6% and 60% drop, respectively.

The pandemic continues to have “a huge impact as construction was put on hold in many cases and new openings delayed,” the Atlas report said.

These two properties near Disneyland also represented the largest hotel openings in the state last year.

It’s the second consecutive year that OC has been home to California’s largest hotel opening. In 2019, the 352-room Cambria Hotel Anaheim Resort was the biggest property to open in the state.

Other hotels that opened in the county last year include:

The largest hotel under construction continues to be the 613-room Westin Anaheim Resort. The hotel’s debut has been delayed several times; a new projected opening date is set for March.

Atlas predicts the vast majority of these planned hotels will not get built, or will be deferred as a result of market uncertainty.

“The downward impact on hotel values combined with the lenders freezing hotel lending, especially on new construction, will continue to be a huge restraint on supply for at least the next three to five years,” the report said.