New Hotel Openings in California Are Up, but Hotel Construction Is Down

New Hotel Openings in California Are Up, but Hotel Construction Is Down 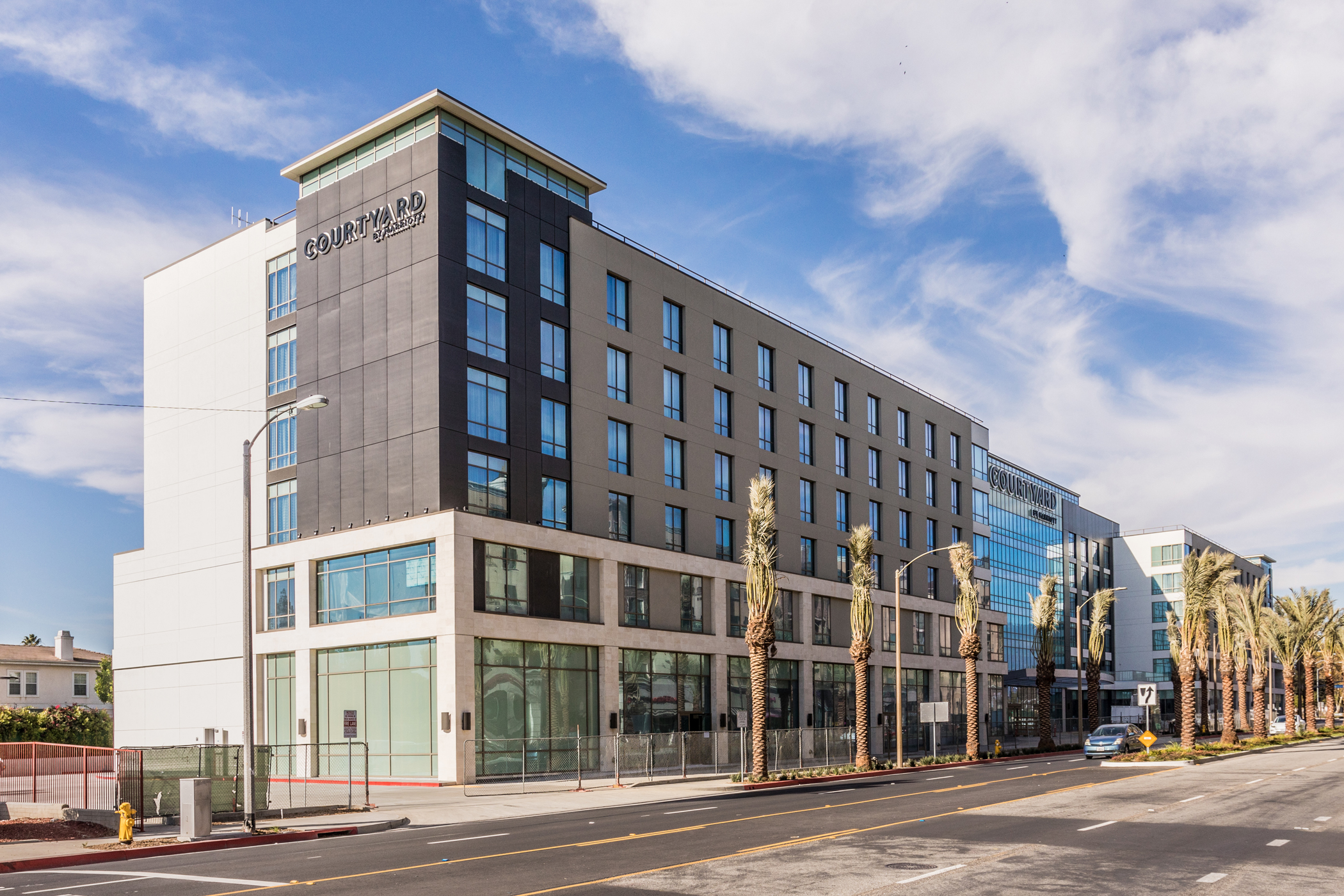 The 288-room Courtyard by Marriott Monterey Park was the largest new hotel to open in Los Angeles County during the first half of the year. (CoStar)

California’s hotel development trends are showing the effects of both recovering demand as well as lasting pandemic challenges.

The number of hotels that opened in California in the first half of 2021 increased 46% year over year, but the number of hotels and hotel rooms in construction both dropped by 32%, according to Atlas Hospitality Group’s “California Hotel Development Survey 2021 Mid-Year.”

The jump in hotels and guest rooms opening during the first half of the year isn’t surprising, Atlas Hospitality President Alan Reay said. The pace of openings picked up in May and June as owners held off on opening until COVID-19 restrictions were lifted. Similarly, he expects to see another boost in July.

“If you’re in a coastal or drive-to market, developers have accelerated the process to get the project finished whereas convention-center business hotels in areas like Anaheim or Downtown San Diego, Downtown Los Angeles, they’ve sort of applied the brakes a little bit,” he said.

When considering California’s overall hotel supply and the 51 hotels that have opened so far this year, Reay said it’s important to remember the 85 hotels the state purchased at the end of 2020 through Project Homekey to turn into affordable housing.

“We’ve actually lost supply when you compare at the end of last year,” he said.

The state recently passed its new budget, which allocated $6 billion to extend Project Homekey. California can expect to see a pickup in state-funded hotel acquisitions later this year, he said.

Three or four months ago, Reay said he would have predicted a slowdown in hotel development because of the pandemic and its effect on hotel transaction values. However, the 360-room Le Meridien San Francisco recently sold for more than $600,000 per key and the 171-room Hotel Adagio sold for almost $500,000 per key.

“I think that that’s speaks volumes,” he said, later stating the values make it seem as though the pandemic never happened.

Because of the pricing coming out for hotels in California’s urban markets and central business districts, he predicts more interest on the development side.

Reay said one obstacle that remains is high construction costs, with limited-service properties in Southern California coming in at about $200,000 to $300,000 per key, and that’s not including furniture, fixtures and equipment.

The transaction value rebound has been so fast, people are looking to develop new hotels, only to be held back by the rising cost of construction.

The increased cost, supply chain issues and pandemic-related hurdles to the entitlement process have also added time to a new hotel’s development. For a “normal market” in California outside of San Francisco and not along the coast, a new 120-room, select-service hotel would take at minimum 18 months to build, he said. In 2019, the process was about three to four months shorter.

Despite the higher construction and materials costs, if strong price appreciation continues, developers will still be able to make new projects pencil, Reay said. New supply pace could return to pre-pandemic levels by the middle of 2022 or 2023.

“I think that we’ll see a return back to very, very strong development numbers,” he said.

Kamla Hotels is currently developing the Springhill Suites Downey in the Greater Los Angeles area, and the hotel is scheduled to open later this year. Dev Patel, chairman and CEO of Kamla Hotels, said his company broke ground on the project the week before the COVID-19 pandemic forced widespread lockdowns across the U.S. in March 2020.

The company had financing, subcontractors and contracts in place, so pricing didn’t change much. The crews were able to work through the pandemic without any shutdowns, as well. However, the project has faced labor shortages on the construction crews and material shortages.

“Basic things, like paint, which we’re dealing with right now, are back-ordered,” he said, adding it’s a 12-week wait. “We’ve had to stop painting our building.”

Having unknown delivery dates has made scheduling difficult for project managers and ground-level construction teams, he said.

Before the pandemic started, the Springhill Suites project was supposed to take about 16 to 18 months, he said. Now that timeline looks more like 21 to 22 months.

Cerritos, California-based Kamla Hotels typically develops one or two hotel projects at a time, Patel said. At the moment, the company has put a hold on its projects in all stages of planning.

Patel pointed to general uncertainty as the reason to freeze all projects not already under construction. As company executives decide when the restart these projects, they are keeping an eye on vaccination rates, travel restrictions and demand growth.