Mayors Near Disneyland, Among the Longest Closed US Tourist Hubs, Seek Reopening Rules

Mayors Near Disneyland, Among the Longest Closed US Tourist Hubs, Seek Reopening Rules 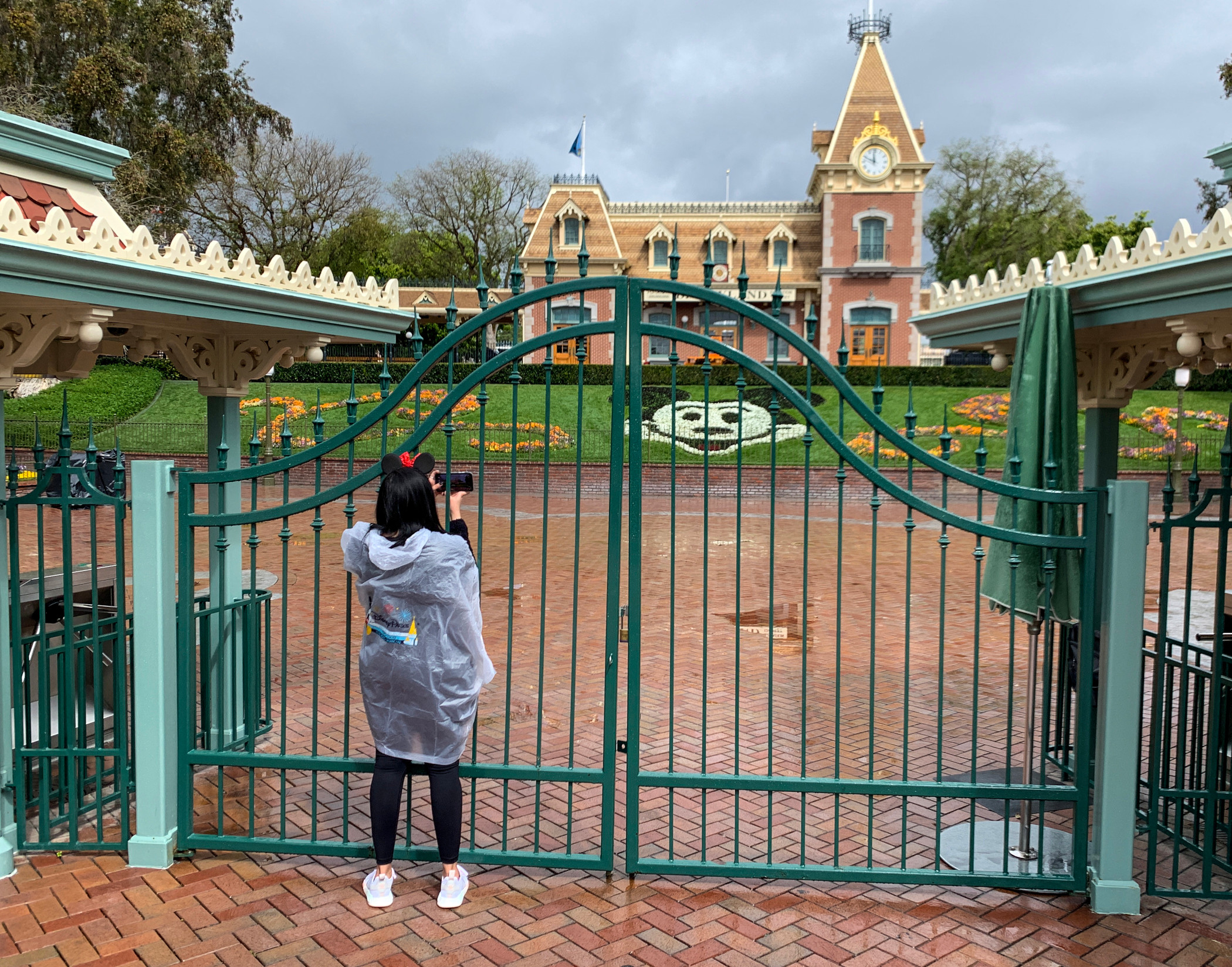 A coalition of Orange County mayors is calling on California Gov. Gavin Newsom to set reopening guidelines for Disneyland Resort and other area theme parks in one of the largest U.S. tourist hubs where main attractions have been closed since the pandemic’s start, disrupting the retail, tourism and real estate industries.

The mayors are banding together to demand reopening permission and protocols for the the parks including Anahiem’s Disneyland, the nation’s second-most visited theme park. They seek guidelines similar to those that have allowed major attractions in Florida to reopen with reduced capacities and hygiene-related restrictions, including Walt Disney World in Orlando.

“It’s a disaster right here,” said Anaheim Mayor Harry Sidhu at a news conference, which also included the mayors of neighboring Garden Grove and Buena Park, which is home to the Knott’s Berry Farm theme park. “How long are you going to keep us closed?”

Newsom said this week he plans to “soon” issue the long-awaited guidelines for opening the California theme parks that have been closed for about six months. However, he did not provide a timeline for when he would do so. With more than 51,000 coronavirus cases, Orange County still faces a substantial virus threat, and it is classified as a red zone by the state.

Disneyland, which has only partially reopened a portion of its adjacent retail development Downtown Disney since March, is by far Orange County’s biggest economic generator and among the largest in California, attracting nearly 19 million visitors in a normal year while filling hotels, stores and restaurants.

Anaheim city spokesman Mike Lyster told CoStar News that ripple effects from Disneyland’s prolonged closing include a projected $100 million city budget deficit, representing nearly one-third of the total budget, for the current fiscal year that started July 1. The bulk of that deficit is expected to be caused by a plunge in hotel taxes, anticipated to come in at levels down 30% from a year ago and 50% from peak levels seen just two years ago.

The city’s unemployment rate is 15%, well above the 12% peak seen during the Great Recession a decade ago, and most of its 26,000 unemployed are in industries hit hardest by tourism-related shutdowns, including hospitality and retail.

“Our concern is that without some guidelines from the governor, some kind of road map for reopening, we could see these impacts spread to other sectors of business activity in the city,” Lyster said.

Facing mounting revenue losses at its parks worldwide, Burbank, California-based Walt Disney Co. is also itching to get back in business in Southern California.

“We are disappointed with the state’s lack of progress in providing the industry with guidance and clarity on reopening,” Disneyland Resort President Ken Potrock said in a statement this week. “We have proven we can operate responsibly, with strict health and safety protocols at our properties around the world and at Downtown Disney in Anaheim.”

Real estate fallout from pandemic-related closings has already become clear, and impacts could linger well beyond this year.

Orange County was the state’s hardest-hit region for hotel property sales in the April-to-June period, with the seven properties changing hands representing an 86% drop from a year ago and the deal dollar volume of $2.4 million showing a 99% plunge, according to hotel brokerage and research firm Atlas Hospitality Group.

That has hotel owners in the region weighing limited options because returns from selling off properties could remain low for some time with pandemic-related uncertainty over when visitor traffic might rebound.

“The owners that do want to sell [in Anaheim] are in a very tough position as the buyers are not willing to pay 2019 prices,” Atlas President Alan Reay told CoStar News. “So in many, many cases the buyers are valuing hotels at or below current debt levels on most deals, which means little to no equity for sellers.”

While Orange County has a strong contingent of regional drive-in visitors who normally make day trips to its theme parks and other attractions, its hotels have taken a big hit from the loss of fly-in customers.

The latest data from travel research firm STR, a CoStar Group company, showed Orange County hotel occupancy at 46.4% for the first seven months of 2020, down 40.8% from the year-ago period, as total hotel revenue plunged 55.2% to $716.9 million.

Lyster noted that just half of Anaheim’s 142 hotels are currently open for business, and those achieved just 50% occupancy during the recent Labor Day holiday weekend.

“For holidays in the city, we would normally be well above 60% to near full occupancy,” he said.