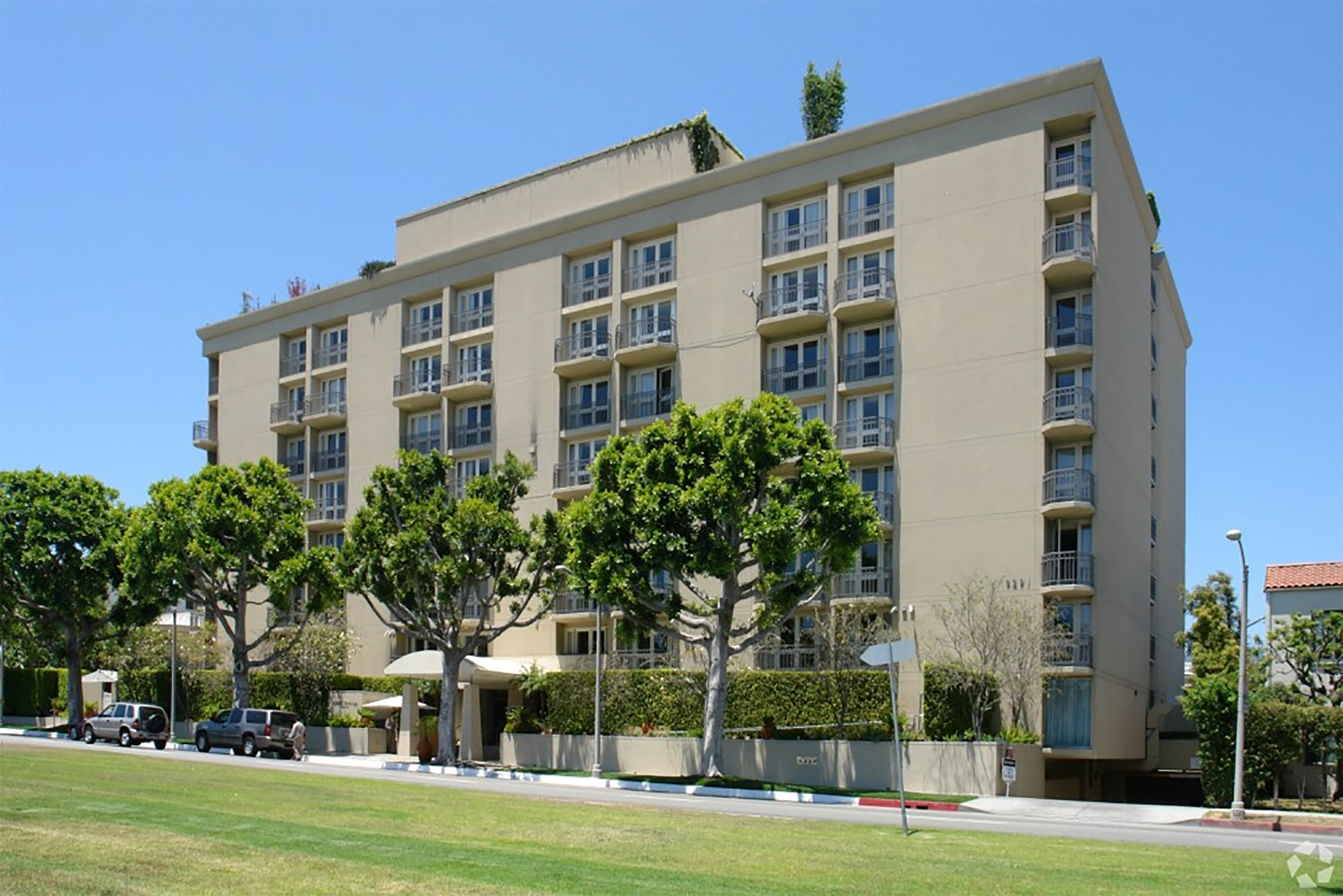 The luxury Viceroy L’Ermitage Beverly Hills hotel in California, known for decades as a celebrity hangout, is being auctioned off in August. (CoStar)

A luxury Beverly Hills, California, hotel that is popular with celebrities could be sold at a discount in a court-ordered auction next month, following what international law enforcement officials call a money laundering and bribery scheme they say involves former owner Jho Low.

Brokerage firm Keen-Summit Capital Partners is seeking bids of at least $104 million for the 116-room Viceroy L’Ermitage Beverly Hills hotel, located at 9291 Burton Way near the well-known and expensive Rodeo Drive retail district, ahead of an auction scheduled Aug. 19. That price, at almost $900,000 a room, is roughly half of the record sale price that another luxury hotel garnered last year in a wealthy area that’s one of the nation’s strongest hotel markets.

The court-appointed attorney and broker for the L’Ermitage hotel, which was seized in 2016 by federal authorities as part of an investigation into what the U.S. Department of Justice and Singapore government say is a money-laundering scheme involving Low, a Malaysian financier, said they have already fielded considerable buyer interest in the property. The site has been known for the past four decades as a posh celebrity hangout reportedly attracting recent luminaries such as Beyoncé, Ben Affleck and Brad Pitt.

“The interest in this property is even more than we anticipated,” Matthew Bordwin, principal at Keen-Summit Capital Partners, told CoStar News. “There were many people who called because they had a personal connection to it or memories of it. They stayed there on business or maybe on a vacation.”

Court filings indicate the L’Ermitage is among the last of Low’s seized property assets to be sold off by authorities in the United States, after the Justice Department and Malaysian authorities said he embezzled more than $2.5 billion from a Malaysian sovereign investment fund, known as 1Malaysia Development Berhad or 1MDB, and used some proceeds to buy items that included Van Gogh and Monet paintings, a custom-built yacht and a see-through grand piano. The Singapore law enforcement said earlier this year it is seeking Low.

Low has denied allegations against him, but the Justice Department said he has been negotiating with U.S. authorities to sell off assets as part of restitution efforts. Low’s law firm didn’t immediately return requests for comment from CoStar News.

CoStar and public data indicate that a Malaysian investment company led by Low acquired the property for $44.8 million in January 2010, subsequently partnering with Viceroy Hotel Group on a $37 million renovation and rebranding to the luxury Viceroy banner in 2015. The hotel has received a five-star rating from Forbes Travel Guide and four-diamond rating from the American Automobile Association. Even as the coronavirus pandemic disrupted the hotel industry, rooms are listed on the hotel’s website for more than $500 a night.

Keen-Summit’s Bordwin said he has been working with a court-appointed special master, attorney Michael Eidelman of law firm Vedder Price, to sell off the hotel. Eidelman recently announced that his firm has lined up a stalking horse bid of $100 million for the property, from an undisclosed investor with significant hospitality experience. The stalking horse is a standby option in the event that the U.S. District Court for the Central District of California in Los Angeles does not receive an acceptable bid in the upcoming auction.

Eidelman, a Chicago-based attorney whose firm has a Los Angeles office, told CoStar News that bids will continue to be accepted through Aug. 10, and the court-appointed law firm is vetting candidates on their financial history and any criminal background. The already-vetted and approved stalking horse will be awarded the property if there are no other qualified buyers willing to pay at least $104 million.

Bordwin told CoStar News the legal vetting process prohibits naming names or dollar figures, but attorneys and brokers in the past few weeks fielded about 1,000 formal and informal queries about the property from a who’s who of national and global companies involved in hospitality, residential and mixed-use investment and development, with around 50 formal offers submitted so far.

He said the roster of interested parties includes hotel companies, private equity firms and major development companies, many led by executives familiar with the property’s long history or just knowing that hotels with this cache in this locale are hard to come by, with or without a pandemic underway.

The successful buyer is expected to be announced on or possibly before the formal Aug. 19 auction date, depending on what bids are still forthcoming, Eidelman said.

California hotel broker Alan Reay, president of hotel brokerage and research firm Atlas Hospitality Group in Irvine, told CoStar News he also expected multiple bidders for the luxury hotel, but noted he would be surprised to see the L’Emeritage capture a price at auction even close to the $415 million garnered in December 2019 by Montage Beverly Hills.

That 201-room luxury property sold for a per-room price topping $2 million, according to Atlas Hospitality Group. The Montage was acquired by U.K.-based operator Maybourne Hotel Group, which has converted it to the Maybourne brand.

Reay said many prospective hotel investors are now looking for bargain pricing with an eye toward healthy future post-pandemic value escalation, at a time when the pandemic is suppressing demand for many types of commercial properties but especially hotels.

In pre-pandemic times, Reay said he would expect the L’Ermitage to garner bids between $1 million and $1.5 million per room, for a total price between $116 million and $174 million, since it is smaller and older than the Montage.

Much depends on who is bidding, but Reay’s own estimate in the current climate is that the winning price for L’Ermitage will come in closer to the minimum requested $104 million auction price, for a per-room price around $900,000.

He said one potential scenario could find it reverting back to its 1970s-era use as a high-end multifamily property because it is located in an upscale residential neighborhood and would probably receive little resistance from neighbors if another changeover is planned.

“This could be a good candidate for an apartment or condo conversion in my opinion,” said Reay.

Reay’s firm is not involved with the Beverly Hills property, but he said the current pandemic-dampened climate for tourism and high-end vacations could spur other types of nonhotel developers, including those involved in apartment and condominium development, to submit bids as the luxury hotel goes on the auction block.

Bordwin said that based on queries submitted so far for the storied property, the next owner is unlikely to get it for a bargain-basement price, though some interested parties were likely expecting to do so in the midst of the pandemic.

“This is definitely the most high-profile property I have ever brokered, especially one connected to such a big legal case like this or one that would prompt somebody to write a book on it,” Bordwin said. “They’ve already written the book, so maybe now it’s going to become a movie.”