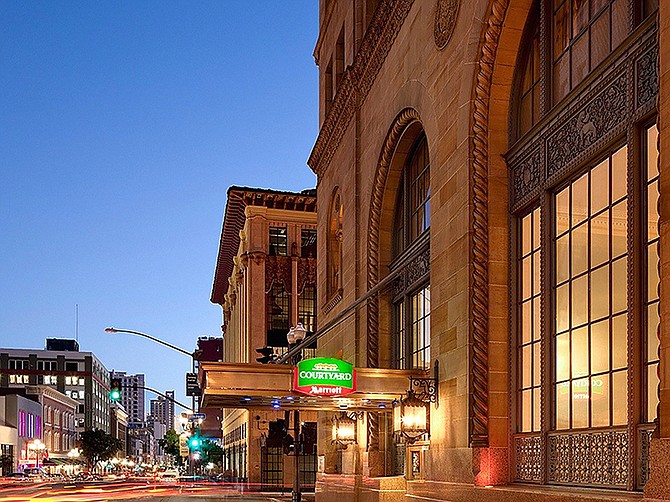 Investors are starting to take a renewed interest in San Diego County hotels with industry experts predicting that 2021 will be a year of strong recovery.

“There’s definitely been a change in how buyers look at hotels and I would say the one word that sums it up is optimistic,” said Alan Reay, president of Atlas Hospitality Group.

“San Diego is already bouncing back very, very quickly,” Reay said. “If owners are looking to sell in San Diego, prices are definitely going to be higher in 2021 than they were in 2020.”

The largest hotel sold in San Diego County in 2020 was the 211-room Hotel Palomar for $62.8 million, according to the survey.

The most expensive hotel sold in the county last year was the 192 room Residence Inn in Mission Valley that went for $67 million, according to the survey.

Among the most recent sales, the 245-room Courtyard San Diego Downtown at 530 Broadway was sold for $64.5 million.

The same hotel went for $71.1 million in 2013, according to CoStar, a real estate tracking firm.

Even though the hotel was sold at a loss, it actually is a sign that the market is recovering, Reay said.

Six months ago, the historic hotel would have sold for $55 million at most, Reay said.

“At the height of the pandemic, buyers were valuing deals for 40 to 50% less than what they would have sold for a couple of years ago,” Reay said.

The owner, Hersha Hospitality Trust, most likely sold the Courtyard because it was among their better holdings.

“They have to look at assets and they have to free up capital because a lot of their hotels are still closed and they’re hemorrhaging cash,” Reay said. “Even though they are losing money, it’s still selling at a much higher price than they would obtain in other states. In this case, they chose to sell in San Diego not because they didn’t think it was a good investment but because it has a lot of equity that would help them as a company.”

Echoing Reay’s optimism about the hotel market in San Diego County, Scott Hall, senior managing director and co-head of the San Diego office of JLL Capital Markets, Americas, said that with the exception of downtown San Diego and some inland submarkets, recovery is at hand for the region’s hotels.

The downtown hotel market will take a little longer to recover than the overall hotel market in San Diego County, Hall said.

“That could very well stretch into 2022, 2023 until we get into re-stabilized corporate traffic,” Hall said. “Downtown San Diego traditionally had depended on the convention center.”

As a result, “Downtown last year was the worst performing submarket in San Diego,” Hall said.

“I think downtown will be struggling relative to some of the other markets around. Two or three years from now, I do think the downtown hospitality story is a very good one,” Hall said. “Downtown San Diego’s prospects long term are favorable, notwithstanding the current pain we’re seeing and feeling.”

Like everywhere else, the hotel market took a dive in San Diego County last year, but not as bad as some had feared.

“Excluding Phoenix, San Diego experienced the smallest drop in revenue of the major West Coast markets,” Hall said. “A lot of that has to do with the San Diego drive-to appeal as opposed to a lot of international traffic via air travel.”

Aside from what Reay and Hall saw as a temporary drop in room revenue, Hall said the pandemic has put a stop to new hotel construction.

“The reality is for hotel construction in San Diego, unless the project is already under way, the supply pipeline for all intents and purposes will be shut down for a while,” Hall said. “Hotel development in this environment is a pretty daunting task.”