Numerous projects are either under construction or in development in Burbank. Part of the Tri-Cities market, Burbank is a media and entertainment capital, counting Walt Disney Co., ViacomCBS and Warner Bros. among its employers, that has drawn more companies and prospective tenants to the area in recent years. The high-paying jobs and quantity of employees those companies represent — and the lack of new apartment inventory on the market — make Burbank a highly attractive area to developers of all types of real estate, not just soundstages. 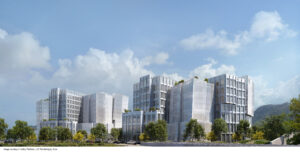 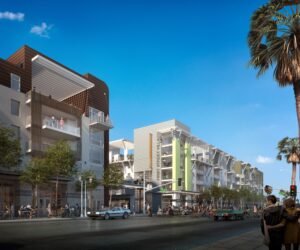 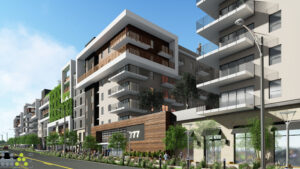 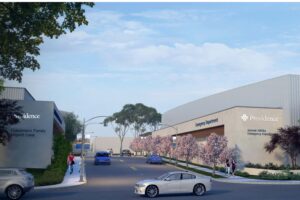 BURBANK BY THE NUMBERS

One of the most active developers in Burbank is LaTerra Development. The Century City-based company has two mega projects in the works, both with a housing component.

The company is working with Vancouver-based QuadReal Property Group on a project with 573 apartment units, a transit plaza and a hotel at 777 N. Front St.
And at a former Fry’s Electronics store, LaTerra is working on Aero Crossings, which will have 863 apartment units when completed, as well as office and retail space.

What attracted you to Burbank?
Chris Tourtellotte: It’s all about jobs and housing, so supply and demand. From a demand standpoint, Burbank has 160,000 jobs but only 40,000 households … It is the media capital of the world, you have Walt Disney, Warner Bros., Cartoon Network, and on and on. There’s a significant amount of employment. On the supply side, there’s only been one new apartment project built in Burbank in the last 20 years.

Why build the specific projects you are working on now in Burbank and what do they have in common?
Charles Tourtellotte: They are both transit-oriented developments, and we gravitate toward those types of sites … Both of them have another common element, and that is because of their size and scope they have a real campus-type feel to them.

What do you look for in picking a site or a project to do?
Chris Tourtellotte: Supply-demand fundamentals are critical to our decision-making. Since the onset of Covid, there have been behavioral shifts that have caused some suburbanization. A large cohort of millennials have moved to the suburbs in search of more space as they start families, and the remote work environment has caused more people to be willing to live further from work, at least temporarily. That has caused us to add a segment of our business which is suburban apartment development.

Charles Tourtellotte: No matter where it is, we look for a couple of components in the developments: One is that we let our customer or our tenant really drive this. We know today people want outdoor and individual and common open spaces. … Work from home is another category that we really focus on for our residents, so that drives a lot of our design. On a fundamental level, we want to be able to add value to whatever we do.

How has Covid affected the Burbank market?
Chris Tourtellotte: Burbank is what I’m going to call suburban urban … It has a lot of the benefits that suburban markets have. For example, excellent schools, it’s clean, it’s safe. … It’s urban in the sense that it has retail, dining, employment and other urban amenities.

When you look at the demand drivers in Burbank, there are certain employers and industries which actually thrived during Covid … There have been big content wars between the streaming giants, and Burbank is at the global epicenter of the content wars.