Interest Grows in Converting Hotels to Other Uses

Interest Grows in Converting Hotels to Other Uses 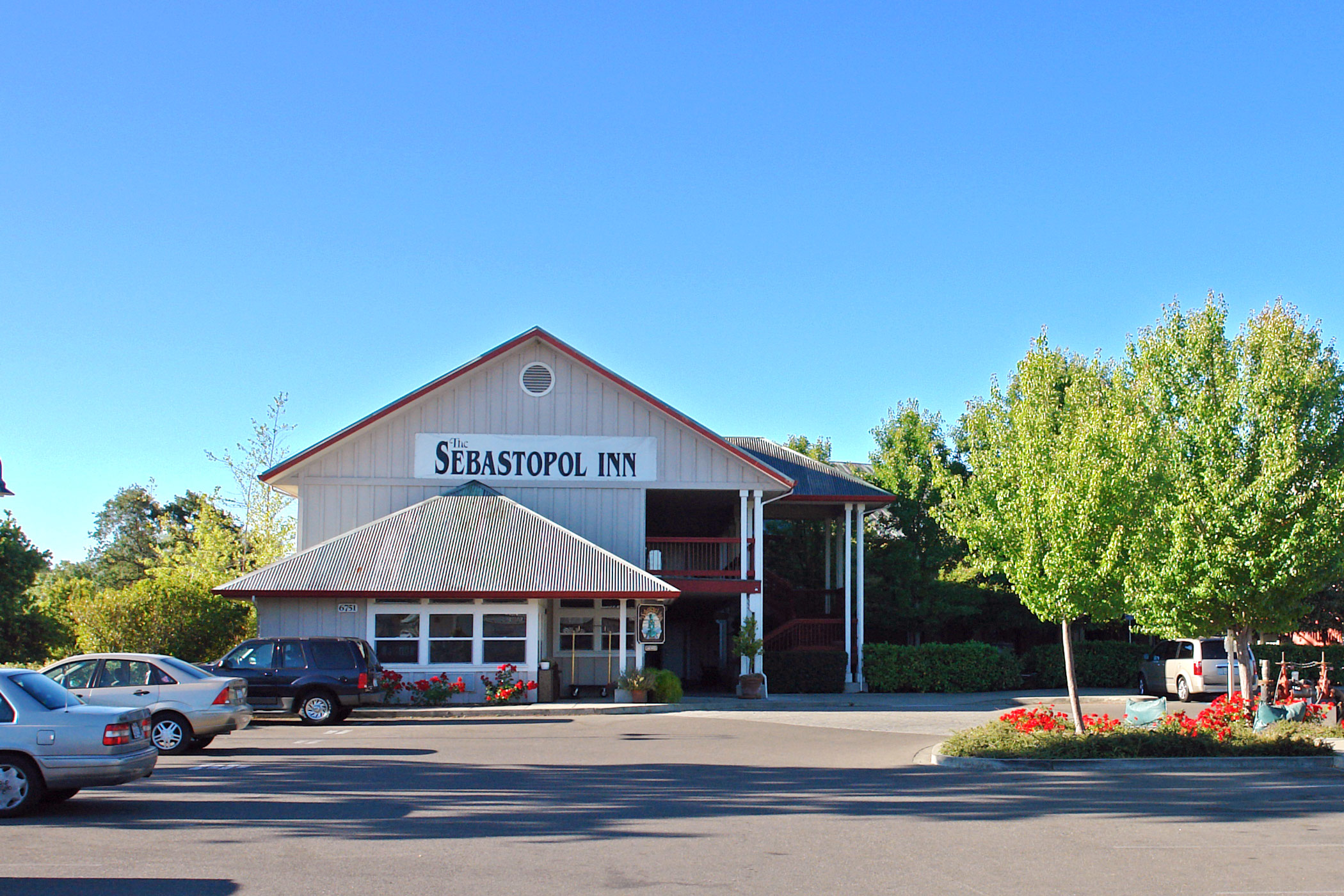 Sonoma County in California acquired the 31-room Sebastopol Inn in 2020 for $6.3 million through Project Homekey to convert to housing for the homeless during the COVID-19 pandemic. (CoStar)

Both private and government buyers are finding real estate conversion opportunities with U.S. hotel owners who are reevaluating the highest and best use of their properties due to the COVID-19 pandemic.

Buyers and other investors have for years looked to older hotels as a way to have a ready-built property suited for a multitude of needs: condos, affordable housing, student housing and assisted living. Some have found success in converting hotels to other real estate classes, but interest in redeveloping hotels to other uses has grown over the course of the pandemic due to the financial strain it has caused hotel owners.

Converting to Other Classes

Hotel owners reconsidering their properties’ highest and best use or buyers looking to redevelop a hotel take into consideration three questions, said Josh Smith, senior vice president at Hospitality Real Estate Counselors. First, they have to determine whether converting to another real estate class makes sense financially and whether the cost is feasible. Next, they have to figure out if changing from one use to another is legal. And lastly, they also need to determine whether the existing physical structure allows for such a conversion.

Generally speaking, the hotels being bought to redevelop into other uses are older properties, typically built in 2006 or earlier, HREC Vice President Phil White said.

“The groups are looking to convert based on construction prices,” he said. “Nobody’s going to covert a brand-new hotel.”

In most of the deals HREC has assisted with in which the buyer is looking to convert a hotel, the buyer is looking for properties to turn into multifamily, student housing, affordable housing and senior living, White said. With each different use, there needs to be a different set of amenities the property can offer.

Extended-stay hotels tend to be converted into multifamily properties because, with the existing kitchenette, it’s a quicker turn with a lower redevelopment cost, he said. Senior-living conversions benefit from full-service hotels because they have conference spaces that can be turned into general-purpose rooms and industrial kitchens allow for cooking meals.

The pandemic has changed a few of the silos from where potential buyers come from, Smith said. Previously, it was mostly private equity, real estate investment trusts, funds and institutional money. Since the pandemic started, the traditional buyers are still there, but there’s also been greater interest from local, county and state governments looking to take over closed hotels to provide housing for people such as law enforcement and first responders who need to go into quarantine after being in the field.

While there’s less demand for that as vaccinations are increasing, different government bodies are seeing opportunities to redevelop hotels into transitional housing, rehabilitation centers and government-supported multifamily housing, he said.

“You can do a lot of different things with the government looking at these hotels as vehicles to take care of some of the local needs,” he said.

There’s always a question when being a hotel is not the highest and best use of a property during downturns, but while hotels are the first to fall, they’re also the first to come back, said Michele Mahl, executive vice president, hotels, at JLL. The hotel industry right now is at the precipice of a vaccinated population, so there might not be as many conversions to other asset classes as expected because of the downtime and cost to convert as well as the multiple returns needed when coming out the other side.

“It doesn’t always pencil,” she said.

However, Mahl said she’s never seen this much interest in converting to student housing. This use makes sense given the cost to convert because, depending on the size, developers can keep the keys and door locks, it’s typically not a big gut job and it gets heads in beds. For other uses, such as multifamily or senior living, that could mean doing a lot of kitchen or bathroom work, which increases the cost.

“We are evaluating it more than we ever have, but I can’t say that it’s been a layup that everybody has converted,” she said.

The conversion trend is market- and submarket-specific, Mahl said. Hotels situated near university and college campuses are being converted to student housing, particularly in markets like New York and Boston where there have been several permanent hotel closures.

In locations such as San Francisco and New York, a number of hotels are being converted to housing for the homeless, she added.

Many of the primary markets have been picked through already by the larger funds, leaving the secondary and tertiary markets, Smith said. Las Vegas, considered a secondary market by most, has a number of potential buyers kicking the tires to see what could be converted to apartments.

“While we have brand-new existing supply in the market already for apartments at top-end rental rates, they’ll still come in and try to take on these hotels, because they see from the bigger picture of the national news how distressed our market is right now,” he said.

Over last summer, Smith said he took a lakeside casino hotel near southern Lake Tahoe near the California-Nevada border to market. That majority of the market was shut down, like much everything else in California. People were still coming to Nevada to gamble, dine and hang out because the state didn’t have the same restrictions.

“We had hundreds of signed confidentiality agreements within the first three weeks of the marketing blast, and I would say 50% of them were hotel gaming operators. The other 50% were all conversion or redevelopment folks,” he said.

Those looking at redevelopment opportunities see markets like those around Lake Tahoe or national parks where there are many hotels but little workforce housing, Smith said. Lake Tahoe is a perfect market for this because there’s a lot of demand for hotels and resorts and recreational centers, but employees for these businesses have to drive from half an hour up to an hour to work there.

White said he’s seeing more of these conversions in suburban areas. While urban areas are struggling to fill hotels, it’s still more difficult to get the deals to pencil in these markets, he said. That said, some urban locations are seeing more activity than others. Washington, D.C., Pittsburgh, Charlotte and Austin are all bigger markets that could see more conversions.

Prices for certain hotels have dropped 30% to 40%, White said. Extended-stay hotels’ prices have dropped about 15% to 20% because they are performing better than other hotel types.

To make a deal for these conversions, sellers need to understand they aren’t going to turn a profit based on their basis, he said.

“You have to get to that point before they’re willing to sell,” he said.

There aren’t as many distressed hotels as potential buyers had assumed, but they are finding some to make deals, White said. A DoubleTree by Hilton HREC is helping sell through auction in Pittsburgh could still work as a hotel, but the pricing on it means it might make more sense as a multifamily property.

“It’s going to go to auction and whoever wants to submit the highest and best offer will get the opportunity to either keep it a hotel or convert it to multifamily or senior living,” he said.

Sellers are generally concerned about the loss of cash flow due to the pandemic, Smith said. Lenders being flexible with them through extensions and forbearance has cut down on the amount of distress overall, so the sellers they’re seeing now are the same ones they saw before.

In the more than 25 years Alan Reay has been in the hospitality business, the president of California-based brokerage firm Atlas Hospitality Group has had several would-be buyers contact him about buying hotels to turn them into something else, such as low-income housing. His response generally had been to contact city governments first to see which ones would allow the loss of occupancy taxes and have the neighboring community accept it. Once they accomplished all that, he told them he would find them a hotel.

“Needless to say, it didn’t happen,” he said.

The situation, however, has changed, particularly in California, which created Project Homekey to help local governments acquire hotels, motels and vacant apartments to house the homeless during the pandemic. In 2020, the project providing funding for the acquisition of 78 hotels for conversion.

California has strict zoning laws, which would normally make converting a hotel into housing for homeless people or other types of apartments difficult, Reay said. However, Project Homekey has opened the door.

“If I have a hotel and right next door you’ve converted a hotel into apartments, I think there’s a good argument that I can convert my hotel to apartments,” he said.

This will ultimately be a topic for attorneys to argue over, but cities in California may have a more difficult time stopping developers from changing the use of their properties now that Project Homekey is in place.

Moving forward, there may be more redevelopment to other asset classes. There’s tremendous pressure on cities in California to provide lower-income housing, so it could make more sense for them to allow hotels to convert to apartments, because building from scratch would be “very, very expensive,” Reay said.