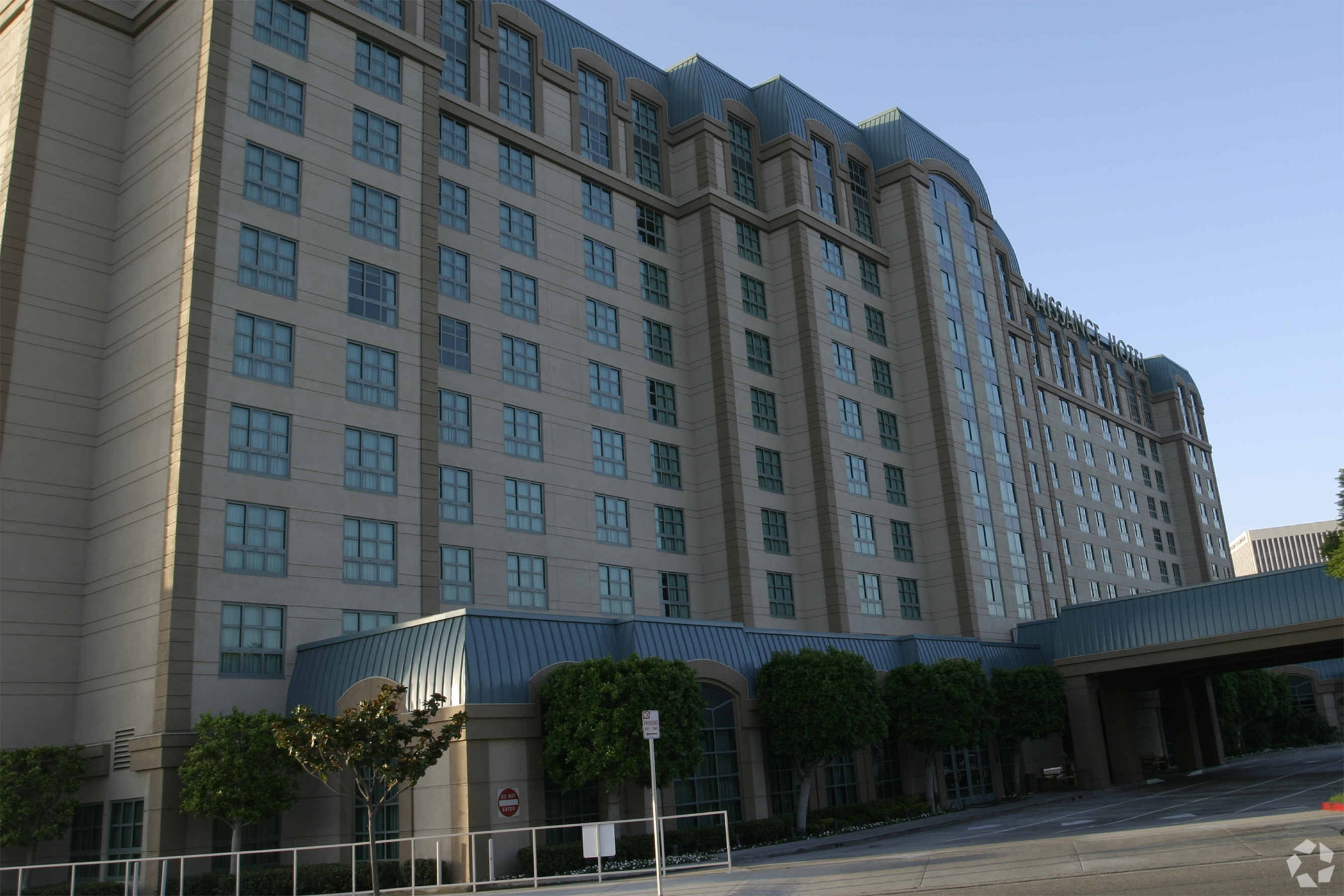 Sunstone Hotel Investors sold the 502-room Renaissance Los Angeles Airport hotel for $91.5 million in the L.A. market’s second-priciest hotel deal by sum of 2020, a tough year for hospitality properties amid the coronavirus pandemic.

The company said it sold the property, built in 1991 at 9620 Airport Blvd. near Los Angeles International Airport, to an undisclosed buyer for $182,300 per room.

Sunstone CEO John Arabia said in a statement that the sale price represented “an attractive valuation compared to pre-COVID levels” and amounted to 12 times the property’s 2019 adjusted earnings before taxes and depreciation.

Sunstone, based in Irvine, California, purchased the hotel in January 2007 for $65 million, according to CoStar data.

The new deal reflects the second-highest total price paid for a hotel property in the Los Angeles region this year, according to hotel brokerage and research firm Atlas Hospitality Group. It comes after EOS Investments’ auction purchase of the 116-room Viceroy L’Ermitage luxury hotel in Beverly Hills, California, for $100 million or $862,068 per room.

The Renaissance deal also reflects the fifth largest sum paid for a hotel in the state this year. California’s highest-price hotel deal so far in 2020 involved the $216 million sale of the 532-room Newport Beach Marriott Hotel & Spa, acquired by Eagle Four Partners from Host Hotels & Resorts. That’s well below the top 2019 price of $477 million paid by Ohana Real Estate for the 400-room Monarch Beach Resort in Dana Point, according to Atlas Hospitality Group.

Atlas has projected that California hotel property sales are on track to register their worst year on record because of the pandemic, which has caused hotel revenue to plummet nationwide along with tourism and corporate travel. Final data is not yet available, though Atlas President Alan Reay said statewide hotel deal volume in the third quarter was down 40% from a year ago.

The latest data from travel research firm STR, a CoStar Group company, shows that Los Angeles regional hotel occupancy was down 37% from a year ago in the first 10 months of 2020, to just over 50%, causing total hotel revenue to drop 54% to $2.1 billion.

Sunstone is in the process of selling off what it deems noncore assets. But company officials said the real estate investment trust, with a $3.2 billion nationwide portfolio of 18 hotels, remains well capitalized and positioned for acquisitions in the coming year, with the pandemic expected to create some relatively low- to mid-cost buying opportunities.

“I’d say there’s probably a lot of hand-wringing going on out in ‘hotel land’ right now with owners that don’t quite know what they want to do, trying to hold on, having discussions with their lenders and have bought time,” Arabia said during Sunstone’s recent third-quarter earnings call with analysts.

“But I think what you are going to see is that time that they have been given from lenders if they have levered assets, is starting to tick down,” he said.