Extended Stay Properties Are Filling Up in LA

Extended Stay Properties Are Filling Up in LA 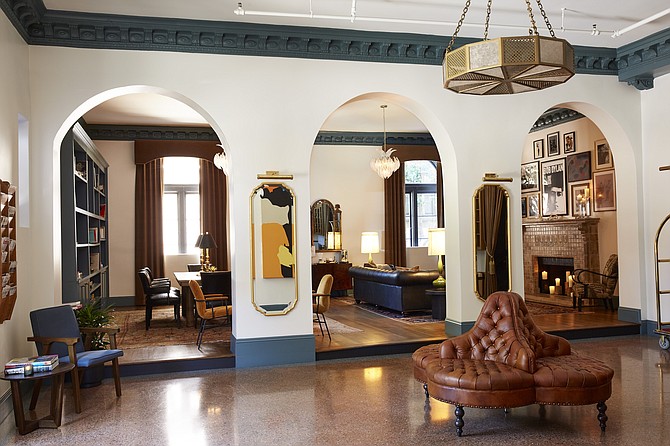 The James in Hollywood is one of several extended stay properties in CGI Strategies’ portfolio.

It’s no secret that the hospitality industry has been hit hard by Covid-19, which has forced many hotels to temporarily close and others to permanently shutter.

But one type of hospitality property is faring better than others: extended stay hotels and residences.

“We’re seeing the hotels that are limited service, which would include extended stay to some degree, are doing pretty well,” said Jay Maddox, principal of capital markets at Avison Young Inc.

Occupancy levels were 72% at extended stay properties in the second quarter, according to Alan Reay, president of Atlas Hospitality Group. At traditional hotels, meanwhile, the rate was 42% during that period.

Reay said extended stay properties have delivered for owners because they provide fewer services, which keeps operating expenses low. And they’re popular with guests because they tend to have fewer people coming into their rooms, which is preferable during a pandemic.

The average length of stay at CGI Strategies’ properties is six to seven months but can range anywhere from 30 days to one year, according to Gidi Cohen, CGI’s founder.

Newmark Group Inc.’s Bryan Younge said extended stay hotels are picking up new customers who are staying for shorter periods and now see the properties as an alternative to traditional hotels.

“During Covid, the economy changed drastically. The availability of rooms skyrocketed,” he said, adding that extended stay hotels picked up a lot of new travelers.

AKA, part of Korman Communities Inc., is an extended stay operator with L.A. locations in Beverly Hills and West Hollywood.

The company refers to itself as a long stay property or a serviced residence rather than a hotel.

Larry Korman, president of AKA, said people are “seeking out self-sufficient sanctuaries” that are bringing them to extended stay properties.

AKA has high occupancy rates now, Korman added, because people want to stay in properties with kitchens and living rooms.

“The DNA of AKA is being fully understood and appreciated,” he said.

“We recognized the demand … of having high-end buildings within prime locations that can offer the furnished solution and short-term leases,” CGI’s Cohen said, adding that extended stay properties are “less operation heavy than a hotel but more involved than conventional (multifamily) because of the turnover and constant marketing campaigns to drive the tenants.”

Extended stays are being used for a few different purposes.

One of CGI’s properties is located near UCLA, making it a prime location to accommodate hospital patients, health care workers and students, Cohen said.

The company’s other two locations are in Hollywood where there is strong demand from the entertainment industry.

“Production companies come into town for a few months or up to a year and want furnished products for their guests,” Cohen said.

And despite Covid, there is still a lot of construction going on in L.A.

Some laborers and contractors who want to stay near job sites are turning to extended stay properties.

“They require a kitchen and more room. That’s another strong demand for the extended stay segment,” Reay said.

He said some remote office workers may choose to escape a large household full of distractions by posting up at an extended stay property.

Younge added that for people who are simply traveling, the average stay is twice as long as it was pre-Covid.

“They naturally flock to the extended stay properties,” he said.

Extended stay property owners and operators are eyeing expansion opportunities.
AKA’s Korman said the company is looking to add locations in Culver City, Santa Monica and downtown, as well as other areas around the country.

Korman Communities, which has also developed furnished apartments, entered the extended stay space when realizing that there was demand from people who didn’t want a yearlong apartment lease or a daily hotel stay.

At its L.A. properties, most people stay two weeks to three months, Korman said.
He said the 2008 recession “catapulted us to the next level.”

AKA’s residences are already 80% booked for the first quarter of 2021.

“First quarter is always good, but we’re running even better,” Korman said. “AKA is resonating in a different way because of the pandemic.”

And now the company has embarked on an ambitious expansion plan in which it’s looking to develop multiple properties simultaneously for the first time. AKA is exploring partnerships for its growth plans.

CGI is looking to create more extended stay properties, too. Cohen said the company wants to “expand this business to achieve an economy of scale.”

The company is focused on L.A., but Cohen said it could be interested in other areas as well.

“There’s got to be a few factors that will come together for this opportunity: its location, building size, the amenities, the bones of the units. It’s a little bit more challenging to find this kind of product that will fit our needs. It’s very hard for me to say, ‘Hey, we have a target of three this year,’ because we are aware of the challenge,” Cohen said.

Reay called extended stay properties “the most profitable part of the hotel industry.”

He said many extended stay hotels are still moving forward, “whereas the vast majority of hotels we are tracking in planning have either been deferred or abandoned entirely. Those hotel owners and developers are looking outside of the hotel market,” he said, adding that some are looking at developing multifamily properties instead of hotels.

But extended stay properties might not be the ideal product for every developer.

“Good hotel investors and operators understand that this is a temporary trend, and it wouldn’t be advisable to try to capitalize on a temporary trend when by the time it’s delivered in three years, the highest and best use is what they originally planned,” Younge said.

Rooms typically have to be combined and kitchens installed, Reay said.

“It’s very challenging (to convert uses). Some properties will need to have a kitchen and a laundry hookup nearby or in the unit,” Maddox added. “They have a better shot at being repurposed as multifamily or perhaps senior housing, but it’s not an easy task to reinvent one of these assets.”

He predicted that some hotels would just be torn down instead.

Younge said he doesn’t think many hotels will convert to extended stay as some of this demand may be temporary.

He does, however, see more adding features like dry bars or cabinetry.

“I haven’t seen very much activity at all where they are adding pipes and knocking down walls. That’s an expensive project,” he said.

Plus, he said, most successful hotels are branded, and brands tend to put lots of restrictions on the types changes that can be made.

A big question now is if corporate travel will start back up once a Covid-19 vaccine is widely available or if more events will continually to be hosted virtually.

“I don’t believe that this is going to be a permanent trend when corporate travel returns,” Younge said. He predicts that lengths of stay will go down eventually.