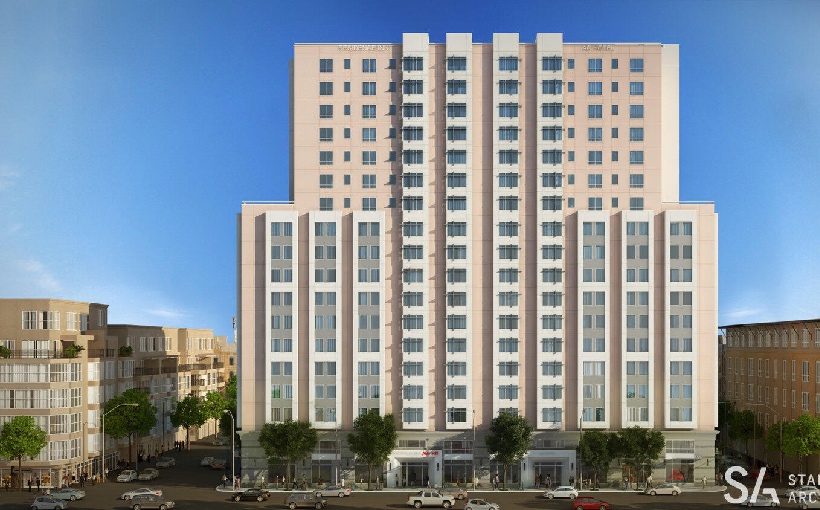 One hotel enters; two brands emerge. Two new Marriott-branded hotels are slated to open in downtown Oakland later this year. Expected to add 276 new rooms, the 18-story hotel at the corner of Jefferson and 15th streets, first reported by the Mercury News.

Hawkins Way Capital bought the site, at 1431 Jefferson St., in 2019 through an affiliate for $30 million. Marriott will split the space, branded as AC Hotel (133 rooms) and Residence Inn (143 rooms), according to a news release.

Externally, construction is nearly complete, with interiors well under way, including the move-in for furniture, fixture and finishes (known as the 3Fs to just about nobody). The hotel is set to open by the end of 2022.

A post-pandemic boom in hotel spending shows up in research from Atlas Hospitality Group, excerpted here:

The artists rendering is from Stanton Architecture.