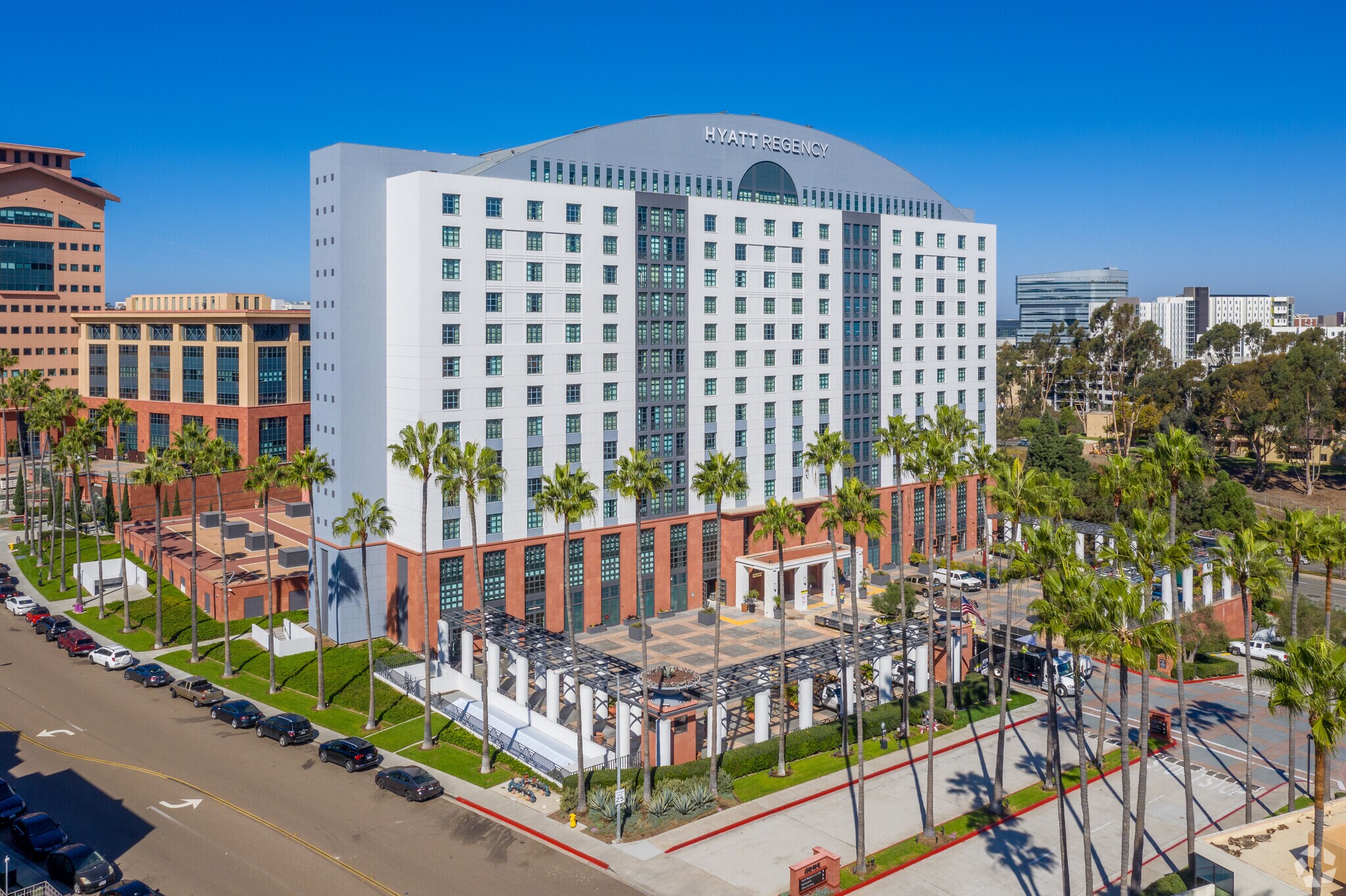 IQHQ acquired the Hyatt Regency in San Diego’s UTC neighborhood for more than $216 million. The hotel is next door to an office building, at left, purchased in October 2021 by the biotech-focused REIT. (CoStar)

Biotech-focused IQHQ has made a rare hospitality purchase, acquiring the upscale Hyatt Regency La Jolla at Aventine hotel in San Diego for more than $216 million as the developer looks to expand its pipeline of properties targeted for high-demand life science space nationwide.

IQHQ also purchased the roughly 22,000-square-foot Aventine Atrium building next to the hotel at 8930 La Jolla Village Drive from GAW for approximately $11 million, according to public data.

In October, IQHQ purchased the 11-story Aventine Office Building, next door to the Hyatt in the same mixed-use development, for approximately $205 million. IQHQ has yet to formally announce plans for the office building, where current tenants include CoStar Group, WeWork and brokerage JLL.

IQHQ, which has a regional office in Boston, was founded in 2020 with a primary focus on developing and acquiring properties for use by biotech office and lab tenants. That industry has several fast-growing companies demanding space in markets such as Boston, San Francisco and San Diego.

The developer has several large projects underway nationwide, including a $1.6 billion research and development complex under construction on the downtown San Diego waterfront and a $1 billion life science development in Boston.

The deal for the Hyatt is the San Diego region’s second-largest hotel transaction by total price in the past five years, just behind the $226 million sale of the 350-room Embassy Suites in La Jolla, completed in December 2021, according to Alan Reay, president of hotel brokerage and research firm Atlas Hospitality Group, who was not involved with the Hyatt deal.

GAW Partners acquired the Hyatt property for approximately $136 million in July 2019, according to public data.

IQHQ officials did not immediately respond to requests from CoStar News to comment on the latest acquisition. CoStar News will have more information as it becomes available.