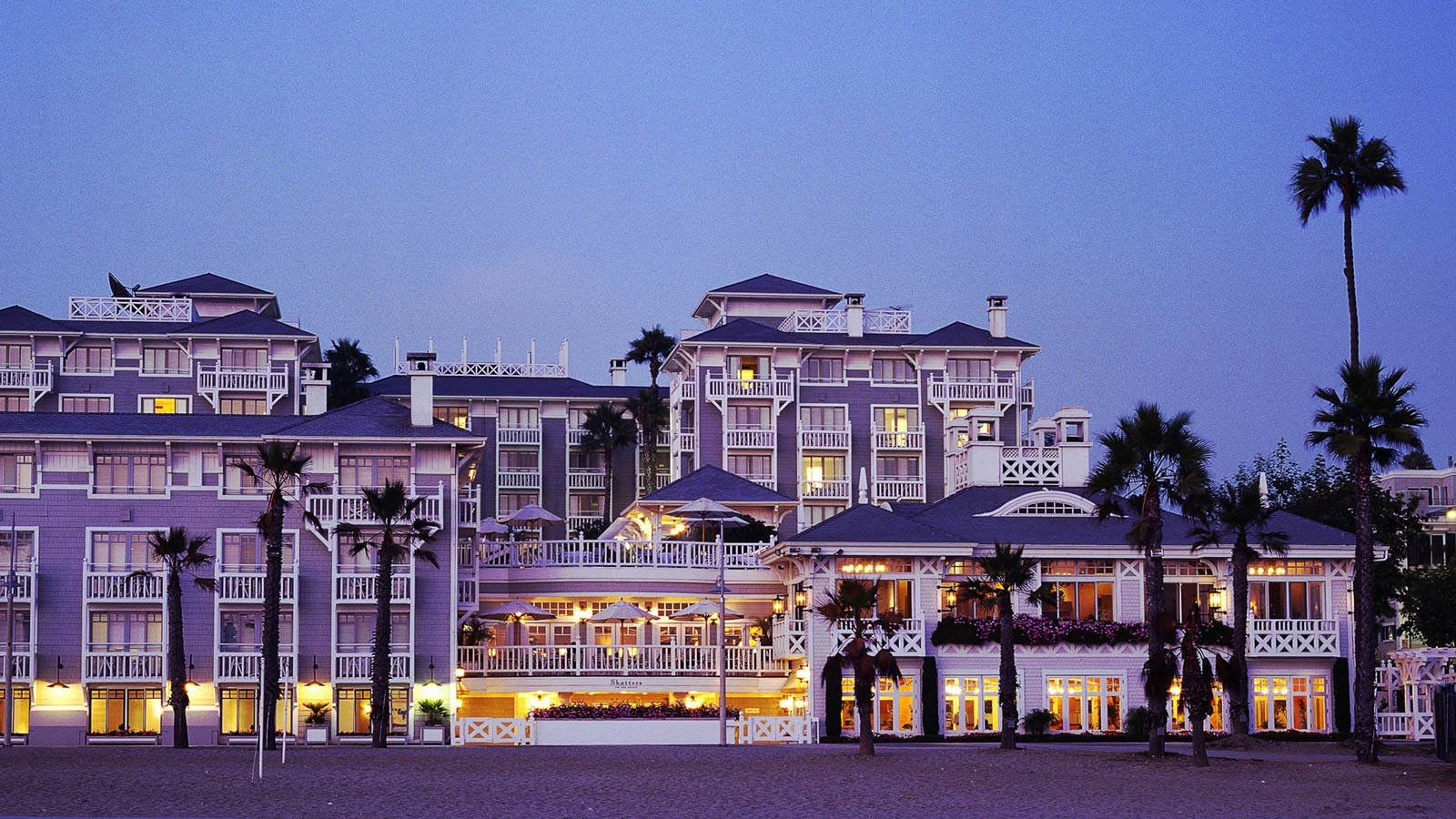 The owner of Shutters on the Beach and one other hotel in Santa Monica, California, is in the process of making delayed loan payments as tourism drops in the pandemic. (CoStar)

The owner of two prominent beachfront hotels in Santa Monica, California, said the operators caught up on payments on what had been the nation’s biggest newly delinquent loan, following unprecedented challenges for hotels nationwide during the pandemic.

Hotel operators said Tuesday they have become current on payments through September, after the loan was transferred to special servicing in April and the company missed payments in May and June.

“Despite the toll that COVID-19 took on the commercial mortgage backed securities market, the Edward Thomas Company is current on all debt service payments,” company spokesman Doug Elmets said in an email to CoStar News.

Like many Southern California hotels, the two properties in coastal Santa Monica, west of Los Angeles, closed in mid-March and reopened at reduced capacities in July. Overall Los Angeles regional hotel occupancy was 51.7% in August, compared with 84.5% a year ago, according to the latest data from travel research firm STR, a CoStar Group company.

The recent struggles of the normally popular coastal hotels in one of the nation’s most desirable hotel markets point to larger issues facing hospitality nationwide in the pandemic, as tourism and business travel nationwide remain far below year-earlier levels.

Fitch reported that U.S. hotels by far were hardest hit for loan delinquencies among commercial property types during September, with the delinquency rate at 17.2%, up from 16.7% in August.

Other sectors saw delinquencies decline from the prior month, though rates remained high by historical standards, with retail property loans overall showing a 10.7% delinquency rate while regional malls had a rate of 18.7%.

Loans for mixed-use properties were 4.7% delinquent in September, with student housing loans at 5.7%.

Elmets said while the company did not make May and June payments while negotiating a forbearance agreement, all payments for that period were made in July after 37 days of deferring payments. Company officials said August and September payments have also since been made.

“We anticipate that a dispute with one lender will be resolved soon,” Elmets said.

Citing information from a special-servicing firm handling the loan, Fitch reported that the hotel operator’s request to exercise the first of five one-year loan extension options was denied because of the earlier non-payments, but the borrower subsequently brought the loan current through August.

The September payment had not been received at the time the servicer provided the data to Fitch, though Fitch noted in its Oct. 5 report that discussions with lenders were ongoing.

During the Great Recession last decade, there was a short time travelers could get cheap rooms in luxury beachside hotels in major cities but they largely held their rates firm after that.

“They cannot lower their rate or it goes completely upside down for them,” she said before the pandemic, noting that luxury hotels pay hefty staff salaries to accommodate visitors. “Having that person on-site is going to cost me more than that $160 a night. They are better off not renting it at a higher price than they are renting it at a lower price.”

She said even when Los Angeles’ beachside hotels were suffering during the last economic downturn, they weren’t lowering rates to rock-bottom prices. In cities like Las Vegas, hoteliers expected to offset the loss on a low nightly rate with money visitors spend in the attached casinos at that time.

Rooms at Casa del Mar Shutters on the Beach, which opens to the sand on Santa Monica’s beaches, were roughly $525 to $675 a night on Wednesday, according to their websites.

Alan Reay, president of hotel brokerage and research firm Atlas Hospitality Group, told CoStar News that Southern California beach hotels have been somewhat buffered by drive-in travelers coming in from neighboring states and counties, but the two Santa Monica hotels like others in that city have been closed or capacity-restricted for much of the time since mid-March.

Los Angeles has been among the hardest-hit major U.S. regions during the pandemic, and also among the last to ease business restrictions.

Elmets said Edward Thomas Co. and its hotels are in the process of emerging from the pandemic “incredibly well” as business restrictions have subsided and overnight guest stays pick up momentum, though the company did not provide further details on performance.

“Three new pop-up restaurants are busy, and employees are happy to be back at work,” Elmets said, noting the two hotels currently employ a total of 317 and are “quite busy on weekends.”

CoStar data indicates that Beverly Hills, California-based Edward Thomas Co. acquired the 198-room Shutters on the Beach in December 1992 for $18.7 million. The property at 1 Pico Blvd. was built in 1993 and renovated in 2007.