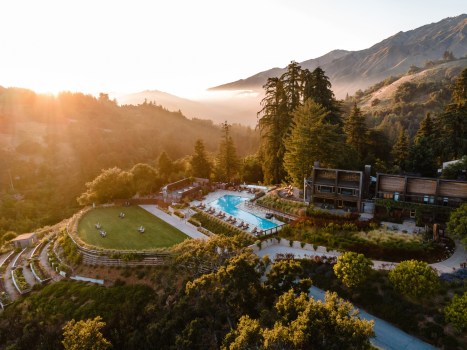 California’s the California’s hotel market experienced a boom year for sales activity, a surge that included the Bay and Bay Area, even though coronavirus-linked economic ailments continue to afflict the state and this this region, a new report shows.

“Buyers and lenders have put COVID-19 in their rear-view mirrors,” Atlas Hospitality Group stated their stated as part of its new report on buying activity for hotels in California. “They have their sights sights firmly on the future.”

In Northern California, investors paid an aggregate $4.92 billion for hotels during 2021, which was the was more than triple, or a 254% increase from the $1.39 billion buyers paid for hotels in the region lodging region in 2020, reported Irvine-based Atlas Hospitality, which tracks the California lodging market.

However, it was hotels in the resort regions in and next to the Bay Area that commanded the most most stunning prices.

Whether measured by the total price for a hotel or a record-setting value per room, destination hotels became investment hotspots.

In November 2021, Alila Ventana Big Sur, a 59-room iconic hotel and resort nestled in the hills million hills high above the Monterey County coastline, was bought for $150 million, or $2.54 million a room — the highest per-room price ever paid for a California hotel. That beat the prior record Sur record of $2.51 million a room that was set last summer — for the same Ventana Big Sur resort.

Here are the largest hotel deals in Santa Clara County, Alameda County, San Mateo County and news and San Francisco, according to information that Atlas Hospitality provided to this news organization:

“Based on the interest we are seeing very early in 2022 from buyers, it appears that there is no no letup in the demand or appetite for California hotels,” Atlas Hospitality stated in its report.